CHISINAU, Republic of Moldova (Nov. 14, 2019) - The Alumni Programs at the George C. Marshall European Center for Security Studies, in conjunction with the Moldova GCMC Alumni Association and the U.S. Embassy in Chisinau, conducted an Outreach Networking Event on “Current Security Situation in Moldova” Nov. 14 here.

“The event is part of a continuing program to encourage Moldova alumni to enhance their participation in Marshall Center programs, to discuss important security issues and to encourage the alumni security community network to grow and flourish,” said Chris Burelli, director of Marshall Center’s Alumni Programs. 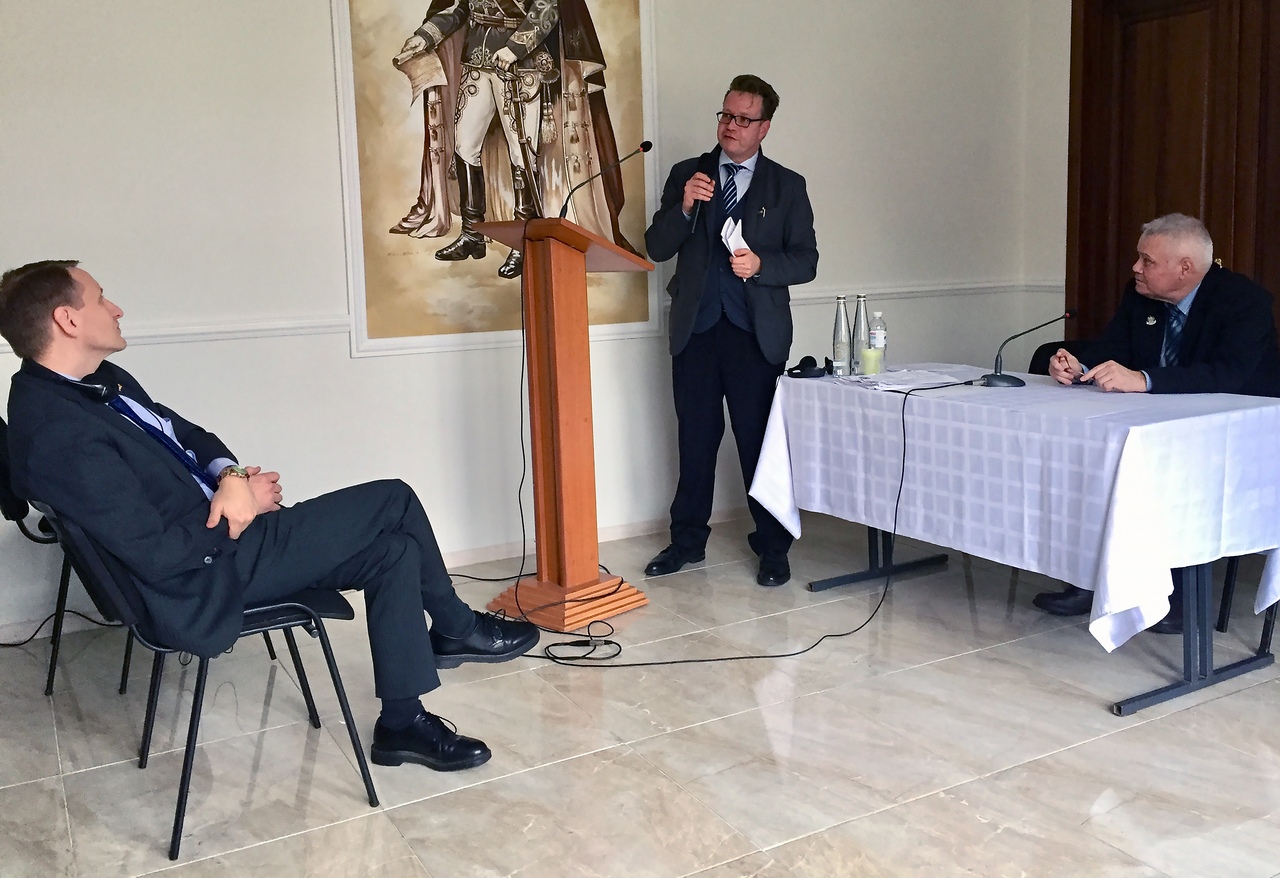 Twenty participants from multiple ministries in Moldova took part in the conference, with opening remarks given by U.S. Navy Commander Joshua Hensley, defense attaché at the U.S. Embassy in Chisinau.

His presentation featured the unfortunate role of post-conflict actors, which have a vital interest to undermine any rehabilitation efforts in order to keep power positions covering their illicit activities.

“Moldova can get dragged into war due to competing European and Russian influences on its territory. Prior Cold War territorial divisions provided some security, but now the region is more at risk as old, predictable territorial influences have fallen,” Chirtoaca said.