The Assault on Aid Workers: A New Pattern In Terrorism

As 2008 opened, it appears that terrorism confirmed a favorite pattern of recent years: attacks on aid workers and humanitarian professionals.

John Granville, who with his Sudanese driver was shot dead on January first in Khartoum, worked for the U.S. Agency for International Development. The London Times and the BBC note this happened amidst increasing concerns about the United Nations assuming control of peace operations in Darfur. The shooting also happened near the United Nations compound—and observers recall Al Qaeda threats of attacks against U.N. forces in the Sudan. For A.I.D. officials, moreover, there would have been immediate memories of October 2002 when their colleague Lawrence Foley was shot to death in Jordan by two Al Qaeda men.

Investigators in this recent Khartoum attack, who have before them a claim for “credit” by the previously-unknown “Companions of Monotheism,” are now wrestling with whether the double-murder was terrorism or some other form of crime. But the larger pattern in the world is unmistakable, and December’s news was replete with new cases. International terrorism is targeting relief agency personnel and others who toil to alleviate acute human needs. This is notable for analytical reasons as well as humanitarian. Some imagine that terrorism’s roots are in poverty; studies fail to prove this. What has gone un-studied is the frequency with which humanitarians engaged against poverty are threatened, kidnapped, or killed in calculated ways by armed political groups.

In Burundi, where “Action Against Hunger” has worked for years, two women employees in a marked vehicle were shot, in late December. The gunman was not robbing them. He killed one of the victims, a psychologist working for the charity. In Somalia, on 26 December, two women workers for the Spanish branch of Médecins sans Frontiers were kidnapped—then released days later. And in Chad, one U.N. aid worker was killed in early December—hundreds of kilometers away from any fighting. A month before that, a Non-Governmental Organization vehicle was commandeered at gunpoint in daylight.

December also brought bad news from Afghanistan. A German citizen and convert to Islam, who had worked several years for Grünhelme (Green Helmets), went missing. This calls attention to the larger vista in Afghanistan: one of withdrawal of aid workers. Agencies are being frightened off, usually by Taliban. The southern half of Afghanistan, with all its acute needs after three decades of war, is now almost devoid of foreign Non-Governmental Organizations, who labored there steadily on aid projects before risks escalated in 2005. Taliban is thought to control only one tenth of the districts in southern Afghanistan, but the group’s reach—and immoral targeting of the most innocent of all—has led directly to the retraction of international aid workers.

A brief trip to Afghanistan two years ago made plain to me the immense need for such aid—which the earnest democratic government there cannot possibly provide. The need is evident even in the capital, much of which is in rubble. There were innumerable disheartening scenes in Kabul of people—aged 4 or 44—squatting by filthy walls, watching the dust blow and the traffic pass. And what of those who can help bring progress? A briefer told us how 31 aid workers had become casualties of violence during 2005. Irony of ironies, all but one of the victims were Afghans employed by the international groups. The terrorists are killing their own.

These terrorist attacks are intended to brutally discourage development, we were told by an expert with the Agency Coordinating Body for Afghan Relief. By enhancing needs, instead of alleviating them, revolutionaries compound their own role, and enhance their own chance to attain local influence or even national power. They embarrass the government, while weakening its overall approach to human services. Such strategic rationale lies behind the burning of as many as 20 schools in Afghanistan in just two months (late 2005-early 2006). In May of 2006 President Karzai took public note of the pattern: " . . . inside Pakistan, in the madrassas, the mullahs and teachers are saying to their students: ‘Go to Afghanistan for jihad. Burn the schools and clinics.’”

To understand the terrorists’ minds, we should see how conscious they are of their impact in, say, running Médecins sans Frontiers out of Herat, where the French charity had worked for years. Publicly, Taliban took credit for the departure. Herat, and another Afghan province, Ghanzi, are not even listed as among the worst risk areas within Afghanistan. But try to find a doctor . . . According to December reporting in the International Herald Tribune, Ghanzi’s appalling deprivation is crippling child health and development. Minor ailments are common, but so are epilepsy, retardation, blindness, autism, etc. among children. Taliban does little to nothing for these people. What is worse, a U.S. army officer told the Tribune, “The Taliban has made it abundantly clear that no outside doctors, no outside medical help, can work in this district.”

The sad world trend towards abuse of humanitarian workers seems to have its origins just after the Cold War, in the last decade of the 20th century. A shocking early example came in Lima, Peru, during Sendero Luminoso’s hey day. Mother, social worker, and liberal activist Maria Elena Moyana was running a celebrated “Glass of Milk” program for the poor. Her simple goal was getting milk each day to any child who needed it in the shantytowns. The Maoist guerrillas shot her for it in late 1991. When she declined to die, they came again, and succeeded. Leaving no doubts, the terrorists then publicly dynamited her corpse. The American Revolutionary Worker added its own depredations of rhetorical kinds, ridiculing Moyana’s motives, and ascribing “imperialism” to charities in Canada, Spain, Holland, and Germany which were giving money to buy the milk. U.S. dollars for the milk program were deemed proof of “stepped-up intervention against the Peruvian revolution.” 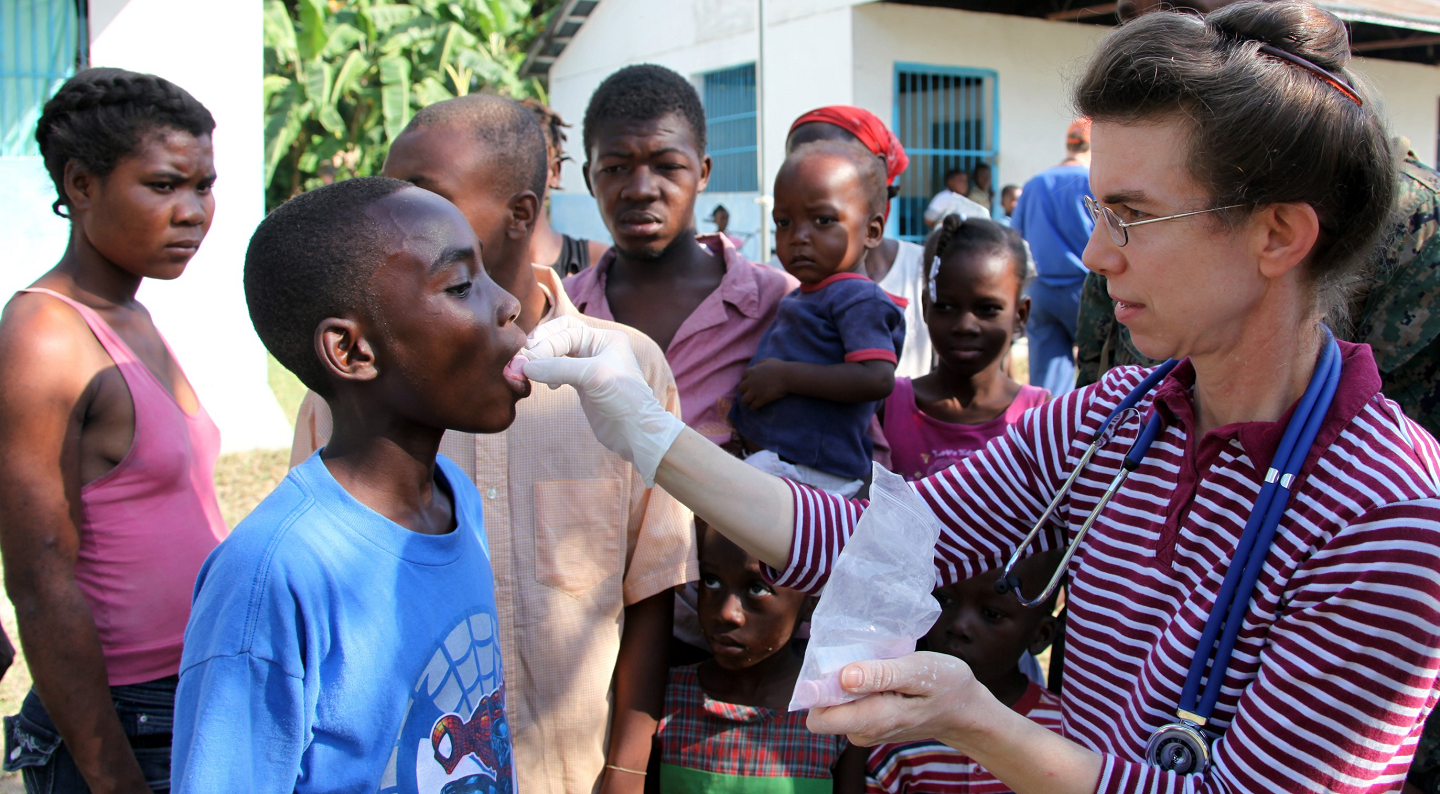 Aid workers are sometimes perceived as agents of outside or Western influence, according to Dr. Paolo Tripodi, an Italian expert on peace operations who holds an academic chair at Marine Corps University in Virginia. He calls the matter “complex.” While terrorists’ attacks and obstruction may be a perverse form of economic strategy pursued by insurgents and terrorists, it is also true that relief experts and laborers are convenient targets. And, they are usually defenseless. One must agree that precise motives in any attack will be difficult to assess, and oftentimes multiple motives work together. But the close study of terrorists shows that they do calculate, that they understand what they are doing.

Aid agencies are used to the challenges of disease and famine; they respond, often heroically. But their challenges are redoubled by the new pattern of deliberate abuse from political terrorists who hate their “meddling” and their “reformism.” Aid agencies today are dealing with occasional but very direct losses of personnel, and of equipment. There must be inhibitions on operations, and limits on expansive planning for future operations. Donations to these agencies and charities may not decrease when security collapses, but the opportunities to use and spend donations certainly do. There are as well evident and invidious political effects, especially weakening of the local and national government agencies tasked with indigenous relief. And there is the “positive” effect for the violent sub-state actors: the despair and need they cause may well open opportunities for themselves in organizing the population, in taking control of food distribution, or in extending their “shadow government” into new segments of the population.

While terrorism analysts and social scientists have largely ignored this pattern, the International Red Cross took notice of the increasing violence against its personnel in the early 1990s. NGOs are all too aware, today, of the higher risks. Military men and women with duties in peacekeeping, stabilization operations, and nation-building, know the problem from their own direction. They see NGOs try to protect their neutrality, and image of neutrality, and thus avoid contacts with armed forces, and yet they also see the NGOs attacked and in need, at times. Also, some in military forces think relief workers naïve, and/or politically leftist. The result is a deep dilemma for relief agencies: total independence, with great risk, versus some personal security, at a price of liaising with in-theater armed forces. H. Roy Williams, who once directed the U.S. Office of Foreign Disaster Assistance, told me several years ago that NGOs are grappling with the dilemma but have been unable to bridge it. Nor have armed forces cracked this conceptual and practical problem. Nor has the United Nations. 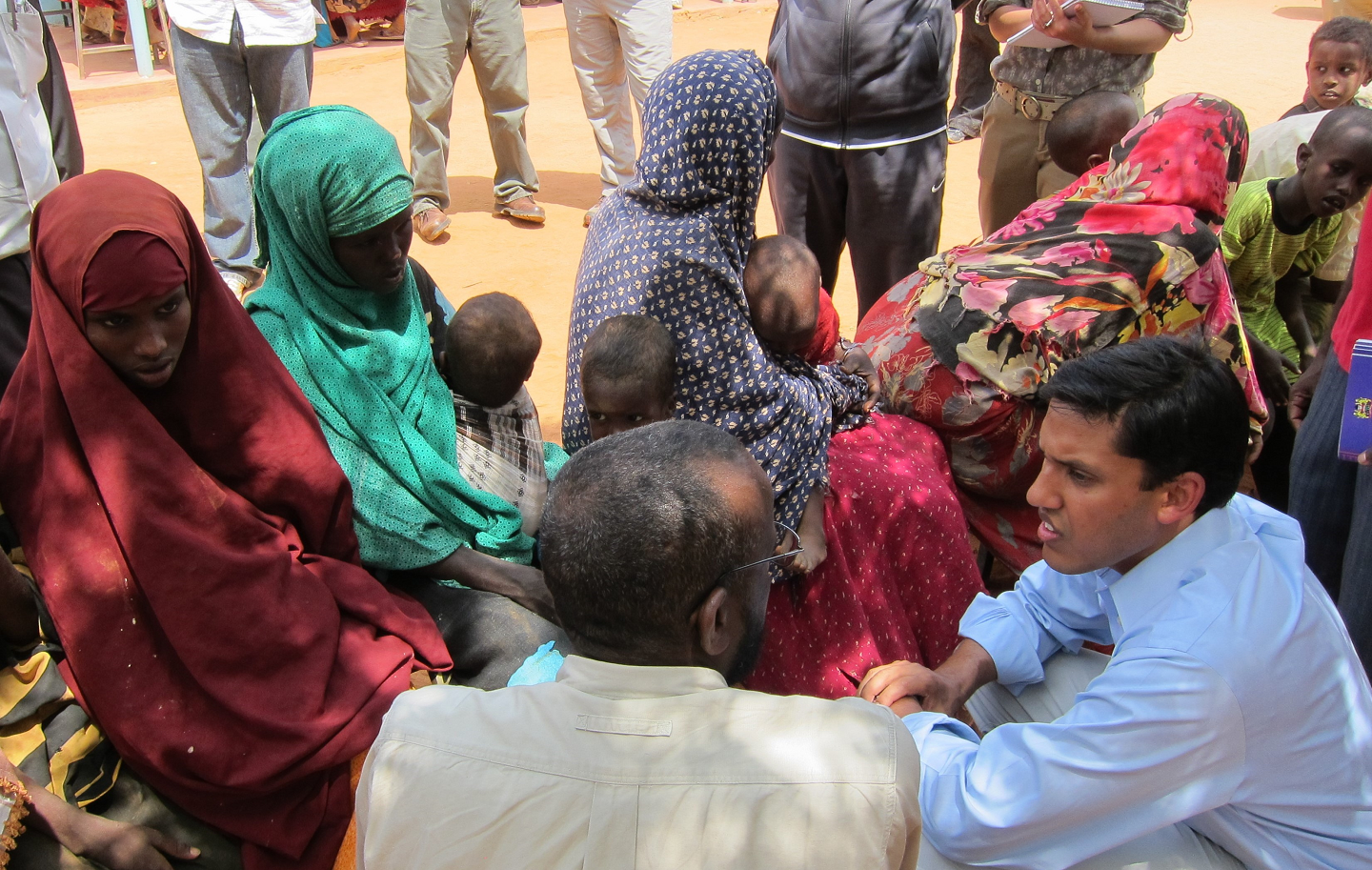 There would be much to gain if the two culturally-at-odds sides cooperated more. Experts may call that naïve: relief agencies and armed forces have had conflicts and more-than-occasional sourness for one another. But, in principle, aid agencies which specialize in relief and disaster response and medical crises can be of immense help to the military when, on occasion, it is ordered or compelled to control and protect and feed a population. The armed forces, for their part, can draw upon the great knowledge many NGOs have from their years in the troubled area, and their understanding of the particulars of local "human geography."

Whether military organizations ever actually get useful tactical intelligence, HUMINT, from certain aid workers may often be a question—both a prospect and an issue for contestation. Terrorists, for their part, will allege there is such collusion, whether or not it exists at all.

In an operating environment marred by terrorist ugliness, the NGOs may come to see that faith and courage are not always protection . . . that prudence may require measures of security which idealistic nurses, logisticians, veterinarians, and priests do not themselves bring to the zone. Experts on human needs, the aid organizations may well come to see a need of their own: for liaison, if only limited or covert, with reliable members of the area’s armed forces. After all, in one sense, relief agencies are responsible for protecting their employees, not just demanding sacrifices form them. Perhaps too the world’s security forces can show the imagination to find more ways of helping them. It is in the interest of all that these angels of mercy survive, to help again on the morrow.

Dr. Christopher C. Harmon is the author of Terrorism Today (2007, 2nd ed., Routledge) and Professor of Counter-terrorism in the College of International and Security Studies at the George C. Marshall European Center for Security Studies.

The author thanks Dr. Ann Phillips and Dr. Paolo Tripodi for wise advice on an earlier draft.

The views expressed in this publication are those of the author and do not necessarily reflect the official policy or position of the George C. Marshall European Center for Security Studies, the U.S. Department of Defense, the German Ministry of Defense, or the U.S. and German Governments. This report is approved for public release; distribution is unlimited.

Designed and produced by the Research Program Division of the College of International and Security Studies at the George C. Marshall European Center for Security Studies in Garmisch - Partenkirchen, Germany. January 2008.