The Security Impacts of the COVID-19 Pandemic

“At the start of March 2020, roughly two months after its outbreak in the Chinese province of Wuhan, COVID 19 hit Western Europe. Up to 5.7 million people around the world have now tested positive, and more than 350,000 people have died. In Italy, the United Kingdom, Spain, France, and Germany alone, more than 135,000 residents have died. At the beginning of the crisis, European countries and the U.S. sealed off their borders and turned inward to slow down the spread of the virus. Schools, universities, retail, and catering sectors were closed. Wherever possible, office staff were sent home to telework and, in varying intensities, laws and decrees were enacted to enforce physical distancing. At first, domestic themes dominated the headlines. The European public witnessed their respective political decision-makers, along with expert virologists and epidemiologists, discussing which steps were needed to keep the infection rates down and to maintain the safety of health sector employees handling patients. Western liberal democracies particularly were caught in the trilemma of trying to save the lives of its inhabitants, to mind the unprecedented restrictions for its citizens’ basic rights, and to ensure economic survival...” 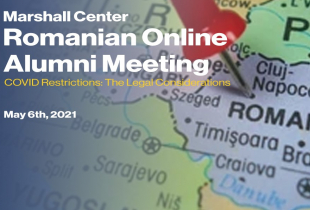 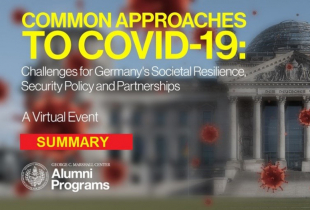 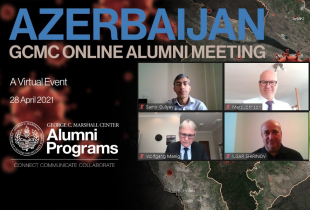