In early 2022, the U.S. Army released its first climate strategy making mention of the security implications as the impetus for change. This policy change, a shift from past procedure, was spurred in large part by U.S. President Biden’s focus on climate change and the Pentagon’s assessment of future security challenges based on what a warmer planet might look like. Despite it being a hot topic in the scientific world for years, a proactive international dialogue on #climatechange and its vast security implications has become even more indispensable.

Following the new policy guidance, in May 2022, Ben Nickels, course director for European Security Studies - South at the George C. Marshall Center, led the first in-residence course making climate change the main topic. The program brought together experts and practitioners from Europe, Africa, and the Middle East to examine the security and defense implications of climate change in the Mediterranean.

At the most recent Program on Applied Security Studies in-residence course, retired Cmdr. Andreas Hildenbrand spoke on the global effects of climate change, using case studies of recent events in Africa, Pakistan, India and Bangladesh, all related to extreme weather, either drought or flooding.

As an example, the Sahel region of Africa has been plagued by wars, with multiple factors playing into it, not the least of which being climate change.

“A lot of these wars are considered to be the first climate wars,” Hildenbrand said, referencing the disappearing water sources. “This is the area where we have the most dramatic changes in the last 30 years, and the most relevant to security challenges.”

With extreme climate changes comes a chain reaction of problems, he explained. People unable to get resources because of extreme conditions migrate to the bigger cities, which causes a brain drain in rural areas. Because of crowding in the cities, there is not enough food and supplies to go around so there’s a migration to the next state, which then causes instability, tension and war. It’s a security challenge not only for the continent of Africa but for neighboring continents that end up taking in an influx of refugees numbering in the millions. 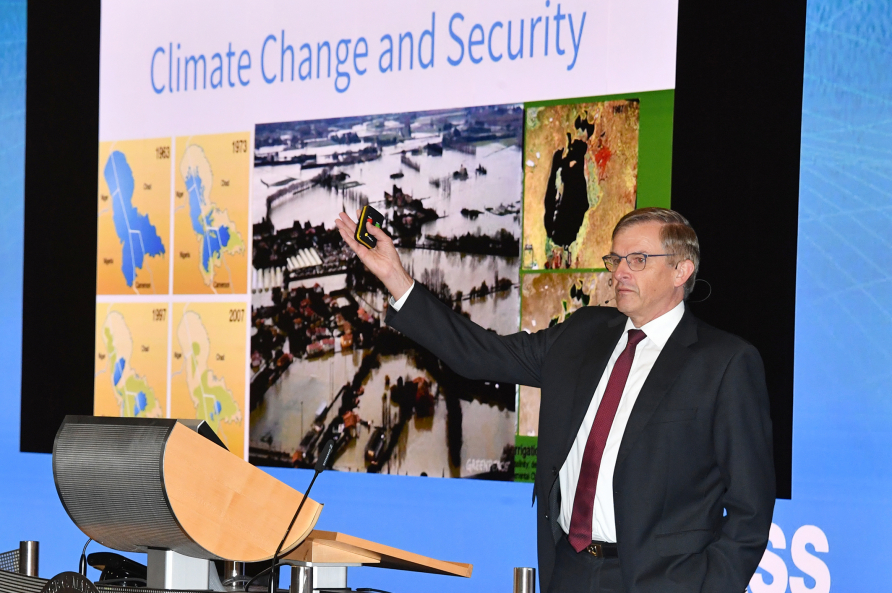 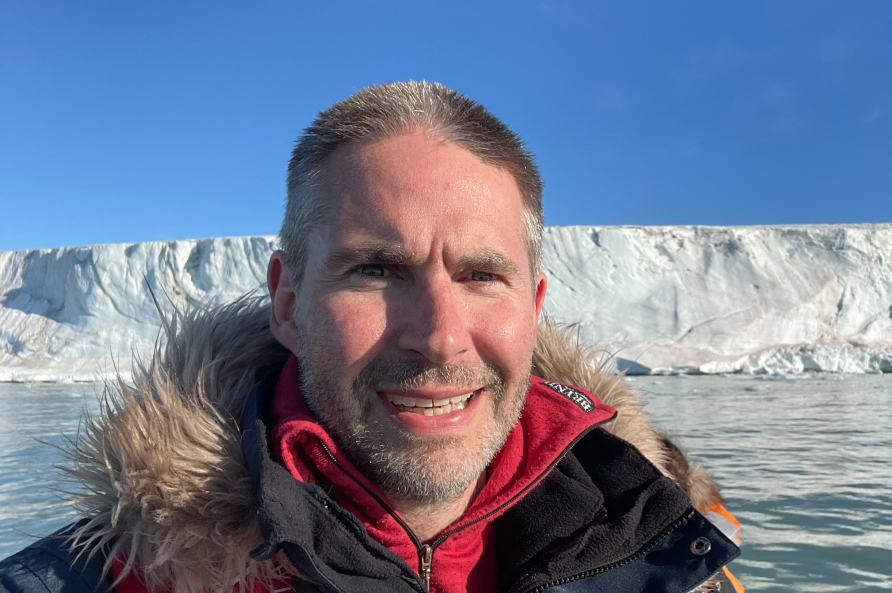 Dr. Marcel Nicolaus, research scientist in sea ice physics, while on a research trip to the Arctic. Earlier this year, Nicolaus spoke to participants on the science of climate change in the Artic for a European Security Seminar focused on the High North.
Image 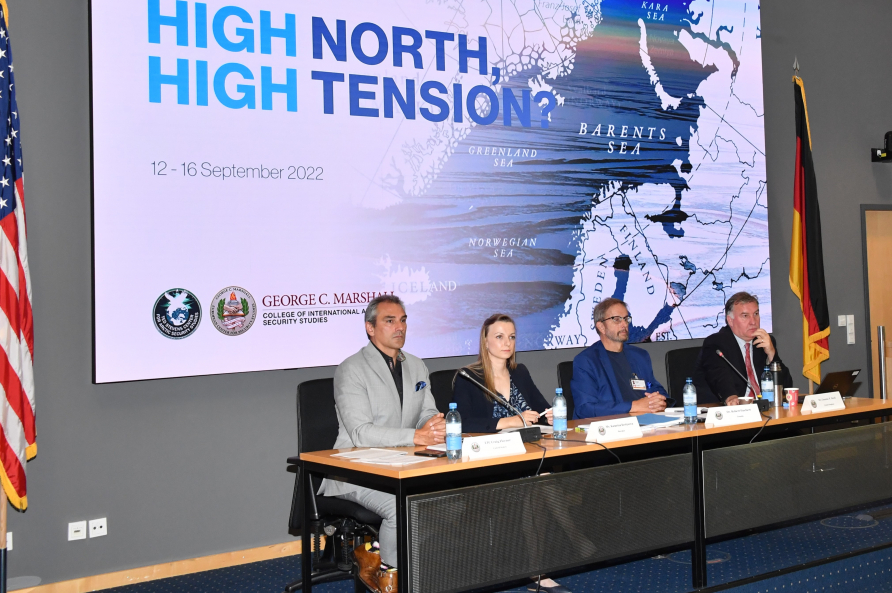 Lt. Col. Craig Fleener (left), Deputy Advisor at the Ted Stevens Center for Artic Security Studies, sits on a panel with three other High North experts during a European Security Seminar North. “Climate change is not just a mythological thing to the commanders out in the field or the commanders back at headquarters,” he said. “It’s literally in their back yard.”

At the European Security Seminar - North focused on the Arctic and held in late summer at the Marshall Center, research scientist in sea ice physics, Dr. Marcel Nicolaus, spoke to participants regarding the results of a year-long study he and fellow scientists held in the Arctic. Though not a security professional, Nicolaus’ talk was meant to inform those who are responsible for policy making.

“We have to get the communication going and involve people,” Nicolaus said. “We have to face the truth, the inconvenient truth. That’s the only way to change.”

As part of his talk to the ESS-N participants, he explained how the ice in the Arctic had melted by half in the last 125 years. Not only has the ice been thinning, but it has started getting warmer earlier in the year. Some scientists say that as early as 2035, sea lanes could be ice-free in the summertime.

While that has potential for good – accelerated shipping times to certain locations – it also has consequences: there will be more territory and resources to battle over, something that was on Craig Fleener’s mind as he reflected on Nicolaus’s talk.

“Clearly if there’s an ocean that’s full of ice eight months of the year, you’re not going to want to fight a war there,” he said.

Fleener, Deputy Advisor at the Ted Stevens Center for Artic Security Studies, offered his own perspective on climate change as a wildlife biologist, lieutenant colonel in the Air National Guard and native Alaskan. He spoke about things like shore-fast ice, or ice fastened to the shoreline, that is melting earlier in the year due to warmer weather. This ice is a barrier that protects coastal areas of the state against seasonal storm, wind and wave action that can cause heavy damage to equipment and buildings.

“Climate change is not just a mythological thing to the commanders out in the field or the commanders back at headquarters,” he said. “It’s literally in their back yard.”