Some 20 participants from a global audience participated in the second virtual event of the Mediterranean Civil Society Network (Med-CSN), last week. The network was recently relaunched and follows the European Security Seminar South (ESS-S) program’s recent week-long seminar on climate change in the Mediterranean. The event focused on climate change and security in Africa and was hosted by the ESS-S team under supervision of MED-CSN coordinator Katrin Bastian, ESS-S program director Ben Nickels, and Jelle Freriks, former GCMC intern and Master of Arts student in Glasgow.

Wendy Williams, Associate Research Fellow and Senior Researcher at the Africa Center for Strategic Studies (ACSS), outlined the key aspects of the ‘global warming feedback loop’ where she explained the potential scenarios for global warming and the impacts of climate change in Africa. Williams highlighted that natural weather phenomena, together with human-driven actions, increase a set of location-specific weather events that disproportionately impact the African continent.

While it is unlikely to prevent a global temperature rise of 1.5 degree Celsius, it is important to consider the impact and prepare for the future. Parts of Africa will face higher temperature rises compared to the rest of the world—and combined with the fact that Africans are disproportionally employed in climate-exposed sectors—they are most at risk by the effects of climate change:

These factors impact human security and have the potential to escalate existing tensions and conflicts. They also lead to growing disparity between the poor and rich within Africa itself. Townships around cities and rural areas are more prone to the impacts of climate change. However, while these risks are relatively well researched, the question remains on how to prepare. 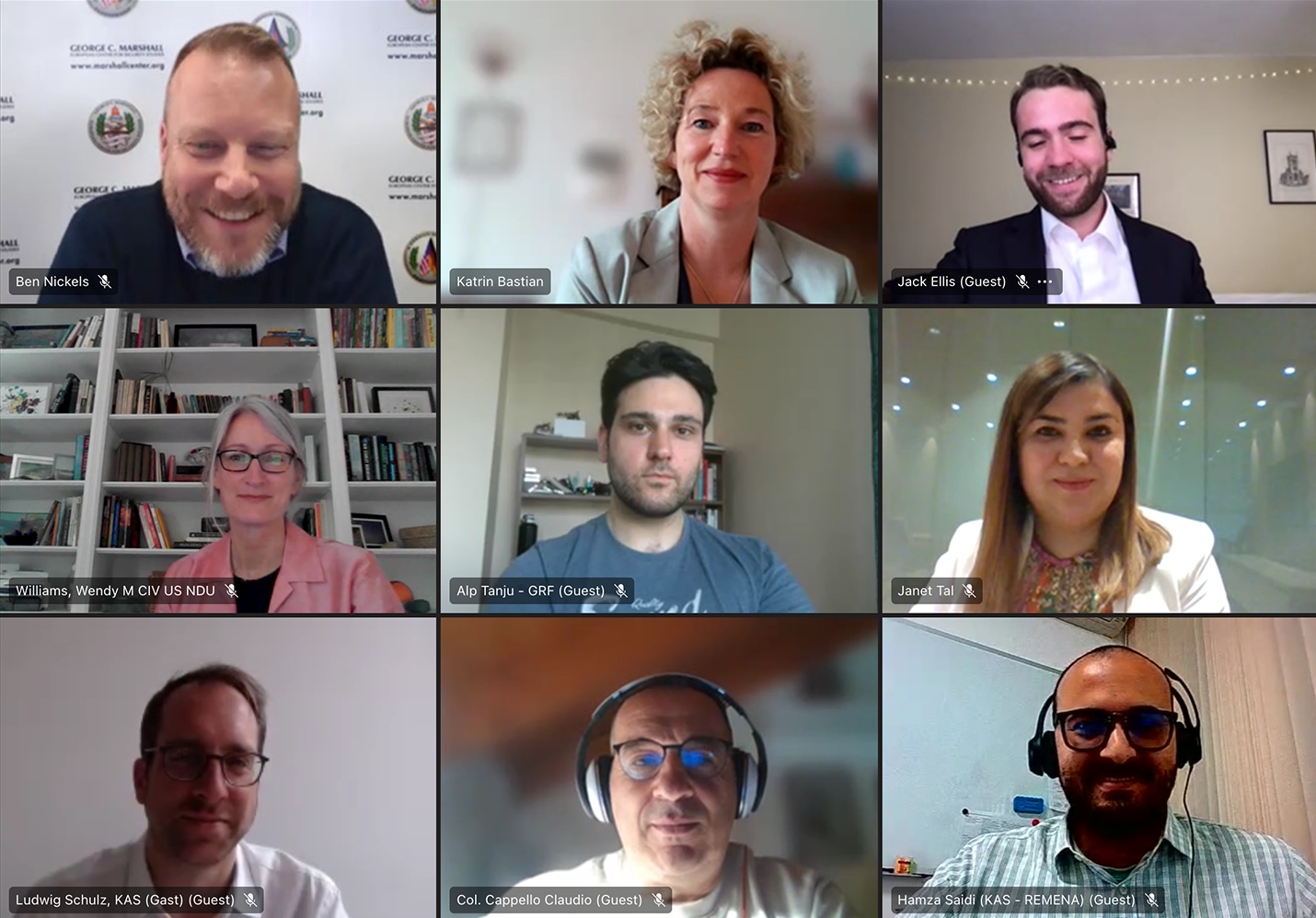 Janet Tal, a researcher at the National Center for Security and Crisis Management in Amman, Jordan, shared the experiences of her country that suffers from water scarcity, food insecurity and energy insecurity. In her role she found that cross-domain cooperation and research were vital, and that early warning systems and frameworks in development in Jordan could be beneficial to more countries.

Jack Ellis, Master of Philosophy student in Politics and International Studies at the University of Cambridge who researched “climate security” emphasized the positive impact he noticed during a previous assignment where he observed the integration of climate scientists into policy staff meetings.

Climate change and security are clearly interlinked, with both hard and soft security aspects. Participants discussed the security of critical infrastructure like the physical protections of water installations from terrorism, and on soft security, the challenges related to forced migration, and the overarching question on how to conceptualize the climate-security nexus. On this issue, the difficulty often lies in different “understandings of time”. While climate change policies demand consistency and a long-durée perspective, the mechanisms of political decision-making are all often characterized by short-term interests.

The next MED-CSN online event will take place in October 2022 and will revolve around the issue of unresolved conflicts in Libya and Syria. Details will be announced in fall.