Can the High North Security Dilemma Be Mitigated?

Can the High North Security Dilemma Be Mitigated?

On 8 June 2021, the Marshall Center conducted its third Virtual Online Seminar (VOS) on security in the High North. The aims of the VOS series are to examine recent security developments in the region, share ideas, generate insights, and engage with selected alumni from the Center’s European Security Studies – North (ESS-N) program.

An armed conflict in the Arctic remains unlikely. Neither Western states nor Russia seek a direct military confrontation. However, increased military activity in the region could potentially lead to conflict through miscalculation or misunderstanding. Classic security dilemmas arise from situations where actions taken by states to improve their own security cause reactions from other states, which in turn lead to a decrease rather than increase in overall regional security. An action/reaction military dynamic, typical of security dilemmas, is emerging between NATO and its allies and Russia in the High North. For example, military exercises intended to signal resolve by one party tend to be matched by similar measures from the other side, which increase tensions and the dangers of unintended conflict. The current lack of dialogue on military matters exacerbates the situation as most military cooperation was suspended after Russia’s annexation of Crimea in 2014. However, since the end of the Cold War, relations between Arctic states have largely been characterized by compromise and cooperation. Even since 2014, tensions between Russia and Western states have not stopped significant international agreements, covering issues such as shipping and scientific research. Russia’s chairmanship of the Arctic Council over the next two years and the new U.S. Administration’s commitment to multilateralism and security dialogue may offer a chance for improved cooperation in the High North. Therefore, the key question for this virtual seminar was the extent to which increased military challenges in the High North can be mitigated through new or existing institutions and initiatives.

The VOS was moderated by Marshall Center Professor James K. Wither, academic adviser to ESS-N. He posed questions on Russian and U.S. policy in the Arctic, the possibility of establishing a code of conduct for military activities in the region, and initiatives to promote military dialogue and confidence building measures.

The following regional specialists took part in the panel discussion:

* Due to an unforeseen technical problem, the opening panel comments by Dr. Zysk are unavailable.

The panel discussion was followed by comments and questions by ESS-N alumni and invited guests from Denmark, Finland, Germany, Norway, Sweden, and the U.S. Participants were also invited to forward ideas about future Marshall Center virtual events addressing security challenges in the High North.

Marshall Center Professor of National Security Studies and Area Studies Chair, Dr. Matthew Rhodes, acted as rapporteur for the proceedings. A summary of his conclusions based on insights provided by the panelists and other participants is provided below:

This podcast solely reflects the personal views of the contributors and does not represent the official policy of the U.S. Department of Defense, the German Federal Ministry of Defense, the United States, Germany, or any other governments. 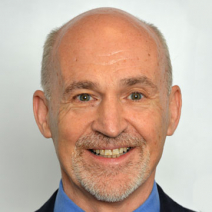