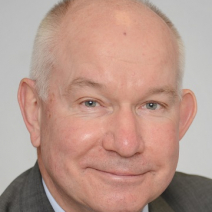 Mr. Rademacher served as Professor of International Security Studies at the Marshall Center from 2006-2008. Prior to rejoining the Center in September 2020, he was the political advisor to the Supreme Allied Commander Transformation at NATO headquarters in Brussels.

Over the past three decades, Mr. Rademacher has held senior positions at NATO and the EU dealing with a wide array of strategic and politico-military issues, including NATO-EU relations; NATO-Russia; NATO’s interaction with partners in the Asia-Pacific; NATO defense policy, planning and cooperation; EU security and defense policy, including crisis management and relations with third countries; and EU operations and exercises. Nationally, he has worked at the German Ministry of Defense on politico-military affairs and bilateral relations, including with the Asia Pacific. In his time at the German Foreign Ministry, he served as advisor to the German Delegation to the Conference on Disarmament, Geneva, during the final phase of the negotiations leading to the Chemical Weapons Convention.

Mr. Rademacher has a sound background in academia and published on issues related to NATO policy; NATO-EU relations; arms control; and international security. He is a former Foreign & Commonwealth Office Scholar at St. Antony’s College, Oxford; a Visiting Fellow at the American Institute for Contemporary German Studies in Washington, D.C.; and a Volkswagen Fellow and Assistant to the Director of Studies at the Stiftung Wissenschaft und Politik.

Mr. Rademacher is a member of inter alia the International Institute for Strategic Studies in London and the German Council on Foreign Relations (DGAP) in Berlin. He holds a Master’s Degree in Political Science, International & Public Law, and History from the University of Bonn.