Security in the 21st Century: Interview with Michael Kimmage

June, 2022
GARMISCH-PARTENKIRCHEN (June 8, 2022) –Security in the 21st Century Episode 24 is out today! In this episode, Dr. Loftus interviews Michael Kimmage, Professor of History at the Catholic University of America. Topic of discussion is defining the “West” and who is included in the “West” historically.

The aim of the Marshall Center’s Security in the 21st Century video podcast is to engage in conversations with professionals from different sectors of society such as government, academia, international organizations and the private sector to achieve an integrated approach to security. (DOD video by U.S. Army Sgt. Carlos Cameron)

The views presented are those of the speaker (or author) and do not necessarily represent the views of U.S. DOD or its Components. 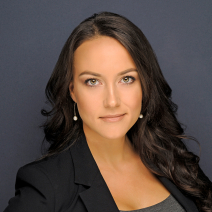