GARMISCH-PARTENKIRCHEN, Germany (April 30, 2019) – If statues could drink a beer, the bronze sculpture of U.S. Army Gen. George C. Marshall in front of the George C. Marshall European Center for Security Studies here, could do so legally in the United States.

“Marshall is striding forward, crossing the bridge of cooperation over the river of division and distrust, toward a future of genuine cooperation among nations for the common peace for all,” said retired U.S. Army Lt. Gen. Keith W. Dayton, Marshall Center director.

“The George C. Marshall statue is a true embodiment of the more than 25 years of cooperation between Germany and the United States that is the Marshall Center,” he added. 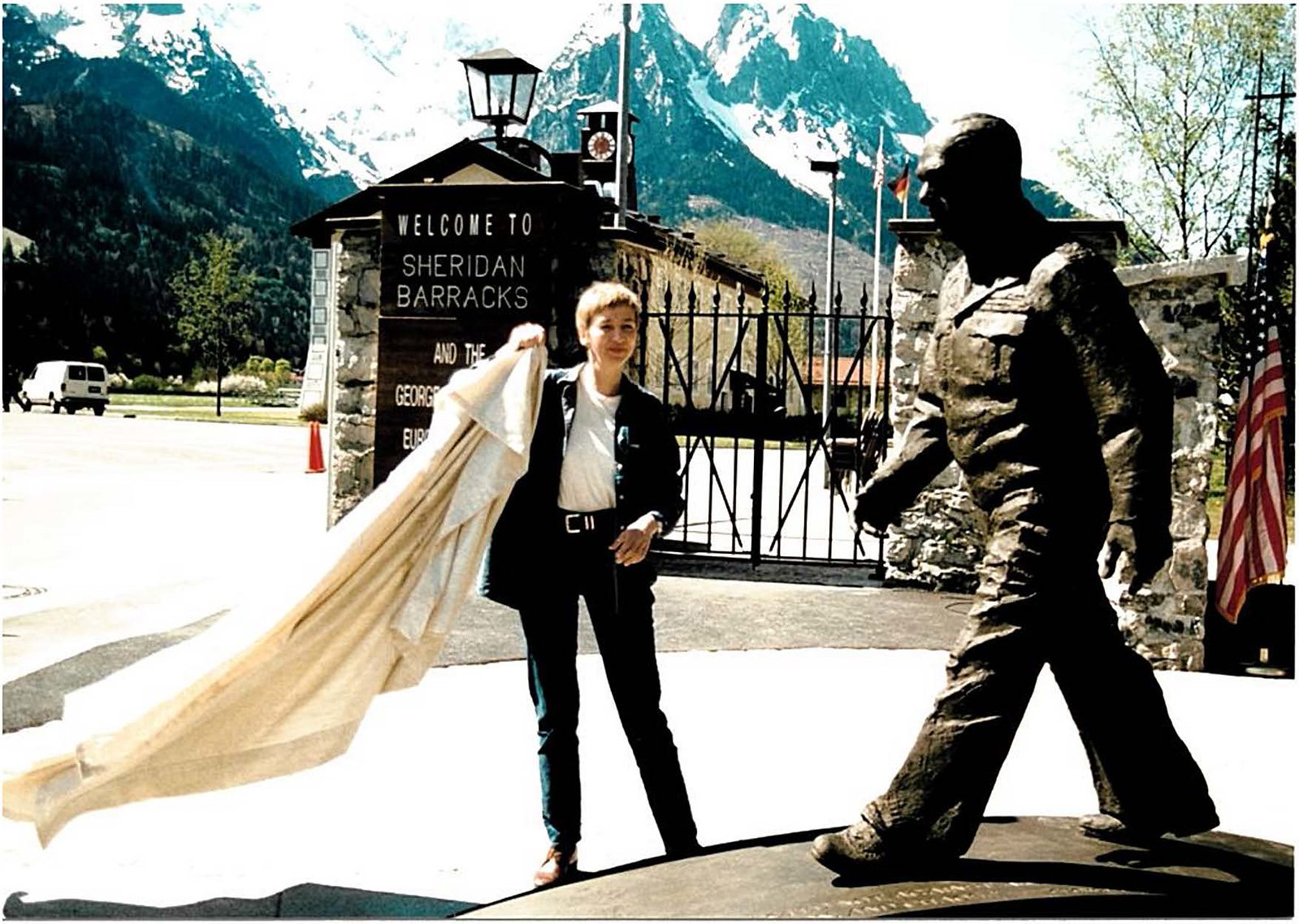 Courtesy Photo
The bronze statue of Gen. George C. Marshall, an American statesman and soldier, in front of the George C. Marshall European Center for Security Studies, which is named after him, is unveiled during a dedication ceremony on April 30, 1998. The statue, created by Bavarian Artist, Christiane Horn of Wartenberg.

The European Recovery Program he proposed in 1947 became known as the Marshall Plan. He received the Nobel Prize for Peace in 1953, the only career officer in the U.S. Army to ever receive this honor.

The Marshall Center will also have a birthday this year. It will turn 26 years old on June 5, which is also the date in 1947 of the speech at Harvard University where Marshall outlined the American proposal. The European Recovery Program, as it was formally known, became known as the Marshall Plan.

With more than 13,300 alumni from 155 nations, the Marshall Center enjoys a global reputation as an institution that addresses national security challenges and advances the professional development of its participants.  Many Marshall Center alumni have risen to the very highest levels within their respective governments.