GARMISCH-PARTENKIRCHEN, Germany (July 10, 2015) – Ambassador David M. Satterfield, director general of the Multinational Force and Observers based in Rome, was the keynote speaker on the first day of this year's second iteration of Program on Terrorism and Security Studies July 9 at the George C. Marshall European Center for Security Studies here. 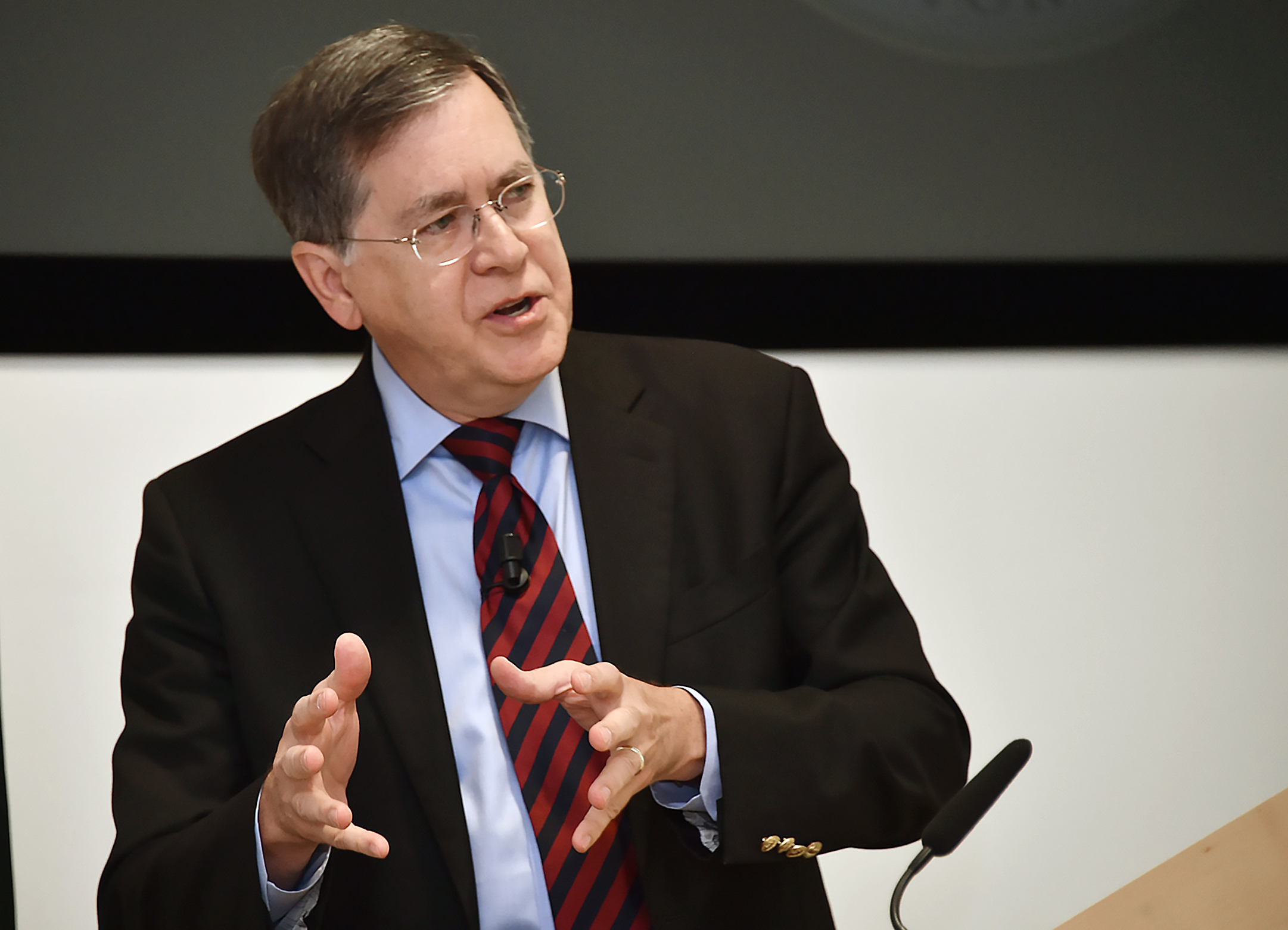 Satterfield is a retired career Senior Foreign Service Officer of the United States, a career that began in 1980.  His last position before this appointment was as Coordinator for Iraq and Senior Advisor to the Secretary of State.

Prior to that, he served as U.S. Deputy Chief of Mission in Iraq, Principal Deputy Assistant Secretary of State for Near Eastern Affairs, and U.S. Ambassador to Lebanon.

His Middle Eastern experience spans 30 years and also includes assignments in Syria, Tunisia, Saudi Arabia and two tours in Lebanon. Ambassador Satterfield served as Director of Arab and Arab-Israeli Affairs in the Department of State and as Director for Near Eastern Affairs on the National Security Council Staff from 1993 to 1998, where he worked primarily on the Arab-Israeli peace process.

The PTSS course addresses numerous aspects of a threat that confronts nations around the globe.

The four-week course is designed for government officials, military officers and police administrators currently working in mid- and upper- level management positions of counterterrorism organizations throughout the world.