GARMISCH-PARTENKIRCHEN, Germany (Feb. 12, 2020) – The Director of the Counterterrorism and Internal Security Department of the Republic of Albania’s State Intelligence Service prepared notes on what to say during English-speaking meetings.

“But now, I can go outside my formatted module, and be able to freely and quickly respond to questions and participate in discussions speaking English,” said Roland E. Cenaliu.

Cenaliu and his seven fellow classmates from six other nations graduated from the five-week English Language Enhancement Course at the George C. Marshall European Center for Security Studies Feb. 11.

These graduates will join 62 fellow counterterrorism professionals from 37 countries in this iteration of PTSS, which started Feb. 12 and will end March 12.

The representative of the class, Capt. Arianna Molceaniuc, officer with the Security and Intelligence Service of the Republic of Moldova, made a few remarks during the graduation ceremony.

“After five weeks, each of us finished ELEC with a vision to contribute to a common purpose which involves security, networking and sustainable mutual trust,” she said. “I think that each member of our team has the potential to change the world by applying the knowledge that we gained here.”

“Congratulations,” said the PTSS Director U.S. Marine Corps Col. Gary R. Reidenbach during the ELEC graduation ceremony. “I think you will find the tools, techniques and practice in the English language you got here will pay very good dividends for you when you come over and join us in PTSS.”

Reidenbach added that it’s important for PTSS participants to be able to discuss today’s counterterrorism trends and challenges, and share their experiences and lessons learned in English with their classmates.

Before the graduation, Peggy Garza, chair of the English Language Programs Department for the Marshall Center’s PLTCE, asked each of the students what were the highlights of this course for them.

“In general, you were really appreciative of the focused and interactive methodology, which you said was different from the way you learned English back in your nations,” she said. “You found it beneficial that you had to participate, speak and communicate in English every day, and the English of counterterrorism was very important for you to prepare for PTSS.”

This methodology consisted of reading materials, especially the daily news each morning, and watching videos and classroom discussions in English. In fact, the students only spoke English while they were here not only just in the classroom, but also with each other during breakfast, lunch and dinner, and their off-duty hours seeing tourist and historical sites throughout Bavaria.

“I think we are very well prepared for the PTSS program because we now have the confidence to be in front of a lot of people and give our presentations in English,” said Police Maj. Avdi Berisha, department head of the Police Directorate of Gjakova, Kosovo.

For Murat Seitzhappar, prosecutor with the General Transport Prosecutor's Office in the Republic of Kazakhstan, this course helped remove a barrier he had when speaking in English.

“When I started the ELEC course, I would first think in Russian what I wanted to say, and then, translate it into English,” he said. “Now, I can think first in English what I want to say and easily share my opinion.”

He then said, “In Russian, there is a phase that translates to ‘I got a new suitcase of knowledge,’ which really describes my experience in ELEC perfectly.”

The students also heard from the PTSS team during presentations on crime-terror convergence, strategic overview of counterterrorism, proxy forces and irregular warfare, and even, a course overview.

It so happened that the PTSS team were hosting a two-day Global Counterterrorism Alumni Community of Interest Workshop on examining proxy forces and their uses in terrorist and irregular warfare campaigns that the ELEC students were able to attend many of the presentations.

All of this helped each student to become familiar with the terminology and subject matter used in countering terrorism. At the same time, they improved their understanding of the nature of other security threats affecting the global community.

While in ELEC, participants also received an introduction to GlobalNET, an internet-based system that connects Marshall Center’s more than 14.000 alumni from 156 nations. They will also learned about the Marshall Center’s “per Concordiam” magazine, which is a quarterly journal covering European and Eurasian Security and defense issues.

They learned about the books available for their research during a library database brief provided by the Marshall Center Research Library Staff.  They also learned how to work with the library's database to find current information. With GlobalNET, they will be able to use the library’s resources when they return home.

Students said that Soule provided an atmosphere where the participants were at ease, and able to practice and improve their English communication skills.

“The atmosphere of the course was perfect,” said Ivan Z. Boyadzhiev, section head of the Special Services Directorate at the Republic of Bulgaria’s State Agency for National Security. “During this course, I improved my English speaking skills, and learned about 200 English words used in counterterrorism and security studies that I did not know before.”

An example that he gave was “terrorist attack,” which he said “are simple words, but very important to know.” 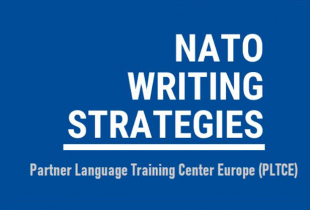 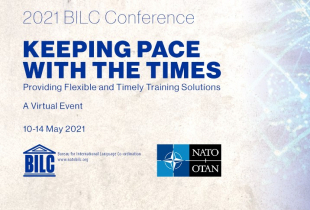