Garmisch-Partenkirchen, Germany — The George C. Marshall European Center for Security Studies, in collaboration with the House Democracy Partnership, hosted a conference with members of parliament from six different countries to discuss the evolving security environment in Europe Aug 30-31, 2022.

“As we witness Russia’s unjustified invasion of Ukraine and its potential disruptions to transatlantic security, it’s time to take notice of our common security and political threats,” said retired Brig. Gen. Tim McAteer, U.S. Deputy Director of the Marshall Center, in his opening remarks. “The Marshall Center, in collaboration with House Democracy Partnership, seeks to serve as a platform for better collaboration among your parliaments.”

Russia’s aggressive actions have affected Europe in waves that are felt across the continent and beyond. Georgia was the first to feel these post USSR policies when in 2008, Russia annexed portions of the country. Six years later, Russia annexed Crimea.

Before the Feb. 24 invasion, Goncharenko, with a strong presence and following on social media, said his greatest weapon was his selfie stick. But when Russians attacked, “that is the moment when you realize that sometimes when you really believe in something, you can’t just speak about it. You need to fight for it.” So, he took up arms to defend against the invasion of Kyiv.

A month later, Goncharenko said, “I realized that I should be frank with myself that I am much better with my selfie stick than with a Kalashnikov in my hands.”

Back in Parliament, he learned what an important part the government played in the security of his country. “People knew where to go” when war broke out, he said.

“In the moments of such danger, people are watching for it. People can be pessimistic about politicians during normal times, but at times of danger, people are looking for leadership and they need to feel this leadership,” said Goncharenko. “That was the role the Ukrainian parliament has, and continues to play. And I think that is something for which all parliaments of this program, my colleagues, should be prepared for.” 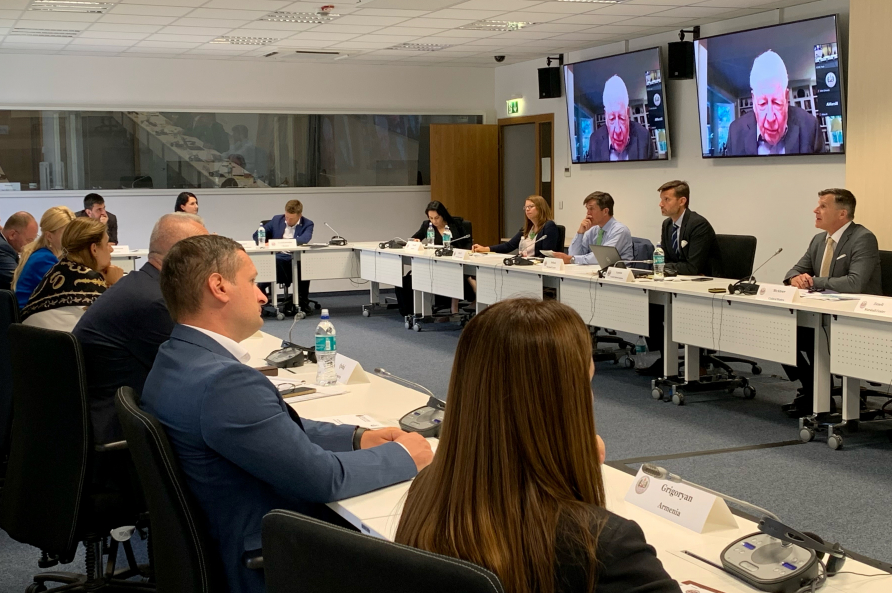 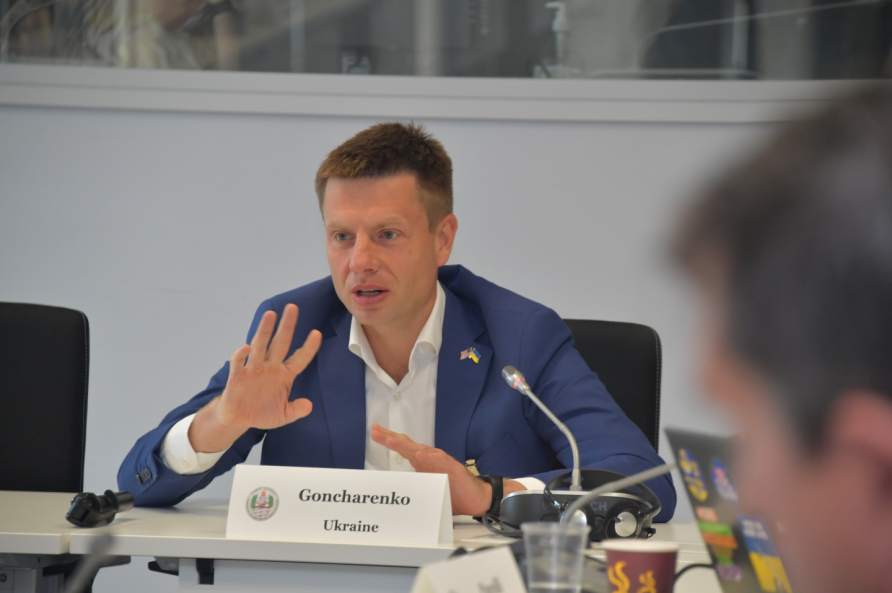 Ukrainian member of parliament Oleksii Goncharenko speaks during a conference hosted by the George C. Marshall European Center for Security Studies in collaboration with the House Democracy Partnership held Aug 30-31, 2022. “People can be pessimistic about politicians during normal times,” he said, “but at times of danger, people are looking for leadership and they need to feel this leadership.”
Image 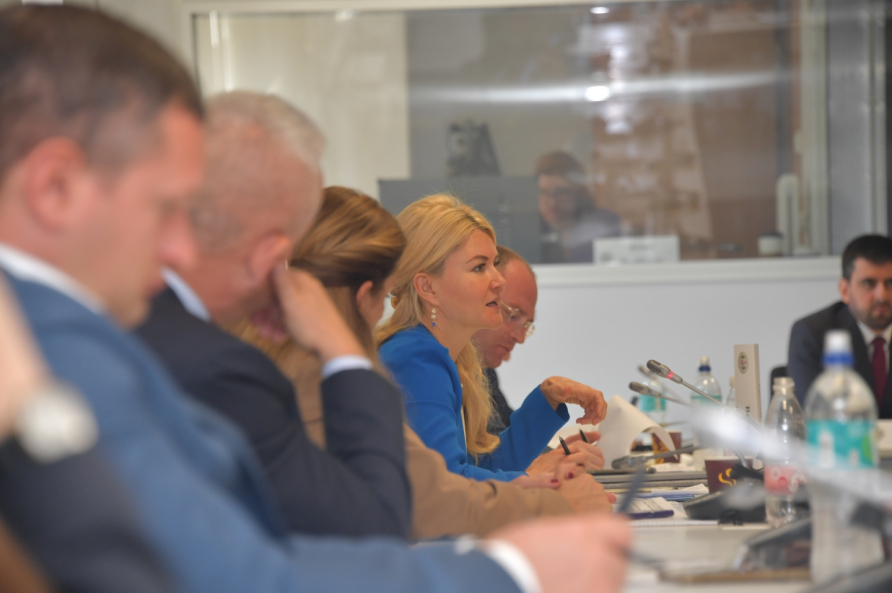 Ukrainian member of parliament Yuliya Svitlychna speaks during a conference hosted by the George C. Marshall European Center for Security Studies in collaboration with the House Democracy Partnership. The conference, held Aug 30-31, 2022, brought together members of parliament from six different countries to discuss to discuss the evolving security environment in Europe.
Image 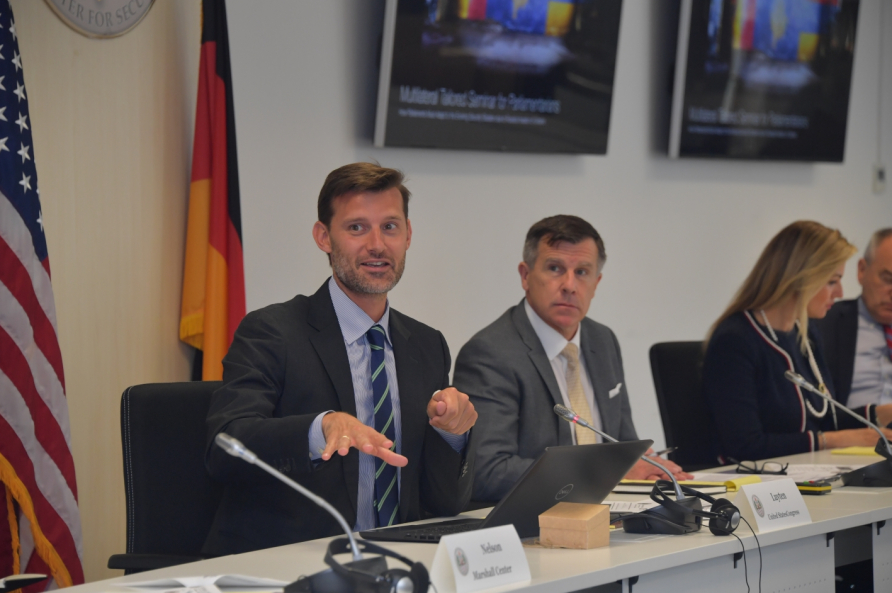 In retrospect, there were things Ukraine could have done earlier to help with the current situation. For example, Ukrainian MP Yuliya Svitlychna said that having digital records for Ukrainian citizens would have been tremendously helpful to the 12 million Ukrainians who are now displaced. Most importantly, they shared, don’t wait – be prepared in the event that something happens.

Conversations and exchanges such as these are why HDP and the Marshall Center exist.

Price added, “It’s an important part of our role to work in a bipartisan manner to maintain the legitimacy of basic institutions without compromising the basic values of democracy.”

As McAteer explained, no country is immune to problems.

“In some areas, we are seeing a disturbing trend of backsliding on democratic developments,” he told the attendees. “For this reason, our role as members of parliament becomes even more important in safeguarding and nurturing democracy and accountability through legislative oversight.”