KYIV, Ukraine (Sept. 13, 2019) – The George C. Marshall European Center for Security Studies, in cooperation with the General Staff of Armed Forces of Ukraine and the Ministry of Defense of Ukraine, conducted a seminar entitled “The Legislative Framework for Command and Control (C2) Transformation” for military officers and government civilian leaders here Sept. 12 and 13.

The event took place on the premises of the National Defense University of Ukraine.  It is part of a continuing series of seminars conducted by the Marshall Center that are focused on working with members of the Ukrainian Government to implement reform efforts in line with Euro-Atlantic norms and NATO principles.  Other seminars in the series have focused on the defense review in Ukraine, NATO C2 principles, and on the implementation of a new C2 structure in the Armed Forces of Ukraine. 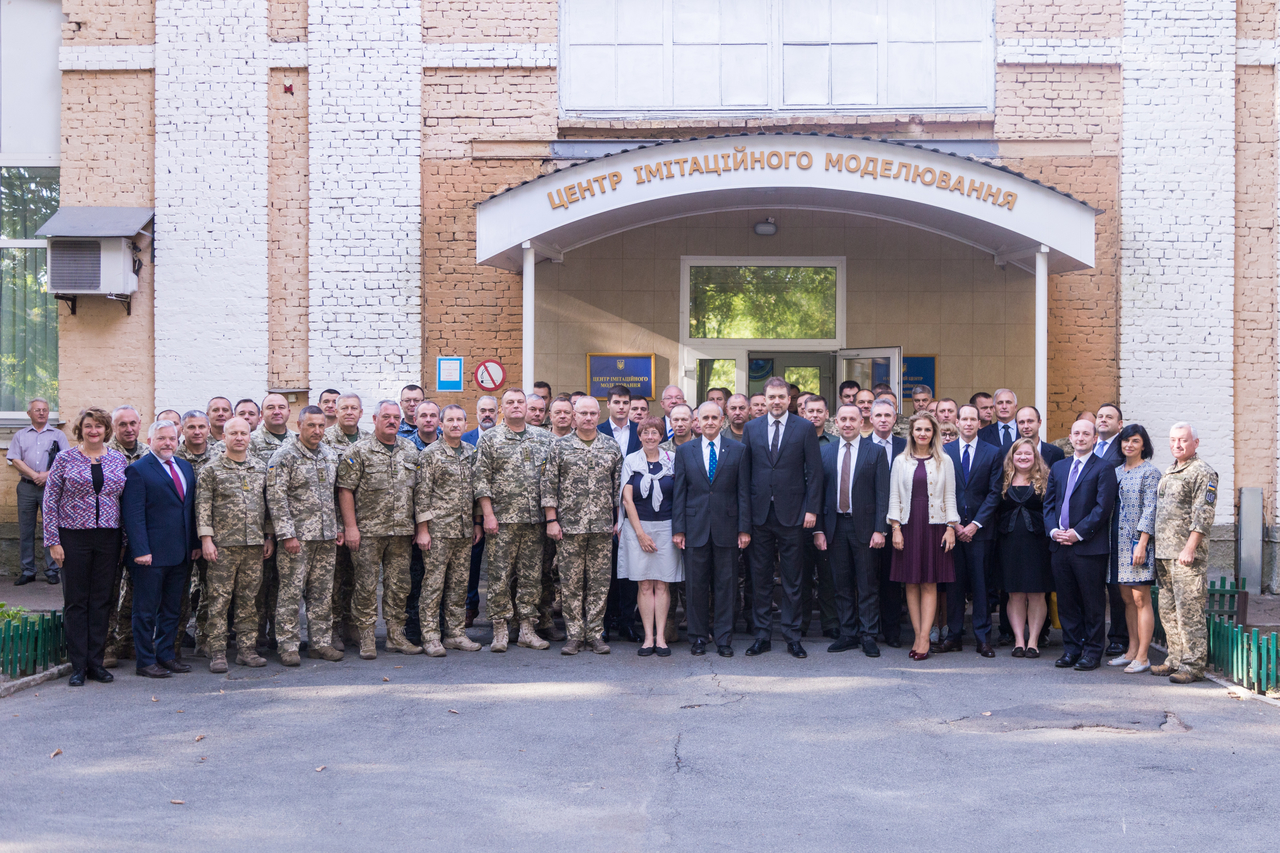 Courtesy Photo
KYIV, Ukraine – The George C. Marshall European Center for Security Studies, in cooperation with the General Staff of Armed Forces of Ukraine and the Ministry of Defense of Ukraine, conducted a seminar entitled “The Legislative Framework for Command and Control (C2) Transformation” for military officers and government civilian leaders here Sept. 12 and 13.

In his opening remarks, Andriy Zagorodniyuk, the newly appointed Minister of Defense of Ukraine, welcomed the participants and emphasized that the “C2 Transformation is intended to introduce viable mechanisms of civil democratic control, a new hierarchy of accountabilities and responsibilities for governing bodies and officials at the strategic level to avoid overlap of their authorities.”

During the seminar, representatives of the General Staff and Ministry of Defense of Ukraine briefed their work on the impact of current legislation on the changes that are envisioned as part of the C2 transformation in Ukraine.  Following the briefs, participants discussed their views on the new C2 structure as well as the need for legislative changes in order to fully implement their plans.

During the first day of the seminar, senior representatives from the Ministry of Defense and General Staff discussed democratic civilian oversight and national command authorities in the new C2 structure, the legislative impediments to C2 transformation at the strategic level, legal hurdles to establishing a joint force and to the separation of force employment from force generation, and strategic planning under the current legislation.

Day two of the seminar began with speakers from the Ministry of Defense Reform Project Office, the General Staff, the National Guard of Ukraine, and the State Border Guard Service of Ukraine discussed interagency operations.

During the last session of the seminar, Dockam outlined the investigations process in the U.S. legislative branch and discussed methods for successful cooperation between the military and elected lawmakers.   In addition, Dockam conveyed support for Ukraine from the office of U.S. Senator Rob Portman. The sessions were moderated by Dr. Valbona Zeneli, Marshall Center’s chair of the strategic initiatives department, and U.S. Navy Cmdr. Eric Ager, Marshall Center’s professor of national security studies, who promoted an atmosphere of open conversation focused on legislative challenges to successful C2 transformation.

Overall, the event provided an opportunity for senior members of the defense establishment in Ukraine to discuss changes to their C2 framework and to develop plans for harmonizing legislation with the new construct.  In discussing the impact of the seminar, Dayton, who also serves as the senior U.S. defense advisor to the Minister of Defense of Ukraine, said that “it was clear that the General Staff and Ministry of Defense had done significant work on C2 transformation and that the free and open discuss during the seminar was helpful in advancing the work that remains.”