GARMISCH– PARTENKIRCHEN, Germany (Nov. 22, 2021) – Sometimes, finding the right way to say goodbye to someone can be tricky, especially during the time of COVID.

Dotzler explained that the "Grand Tattoo" is a serenade of several marches. For Brig. Gen. (retired) Dieter E. Bareihs  the marches "Fliegermarsch; "Red Barons March;" and, "Burst of Blue," which is an American march, were selected.

Due to COVID, this unique "Little - Grand Tattoo" was modified a bit, but fulfilled the requirement of a farewell filled with honor and respect for Bareihs, who served as U.S. Deputy Director for more than three years.

Attending the ceremony were the Marshall Center Director, retired U.S. Air Force Maj. Gen. Barre R. Seguin, Dotzler, directorate heads and as many faculty and staff as possible under COVID precautions. Maj. Gen. (retired) Seguin highlighted Brig. Gen. (retired) Bareihs’ many and great accomplishments, adding, “You won’t find a person of greater integrity and moral character. As a trusted confidant, Dieter’s departure leaves a huge void in our leadership team which will be difficult to fill.”

"On behalf of the German Element here at the Marshall Center, I thank you for your exceptional service, advice, friendship and your huge contribution to the German-US partnership," Dotzler said during the ceremony. Dotzler and Bareihs worked together for almost three years.

The farewell ceremony ended with a Bavarian Brotzeit, which is a traditional savory Bavarian native cuisine.

The Marshall Center is a German-American partnership and trusted global network that promotes common values and advances collaborative geostrategic solutions.

As the deputy director, Bareihs guided and coordinated operational elements of the Marshall Center, formulated plans and programs for its administration and operation, and coordinated and developed stakeholder support and resourcing to meet programs and objectives.

Bareihs served more than 29 years in the United States Air Force. He is a command pilot with more than 3,000 flight hours in various aircraft.

In a message to the Marshall Center, Bareihs wrote:

"As I look back on the past three years, I am reminded of a verse I heard a long time ago as a young fighter pilot.  I thought it was fitting for a fighter squadron, but as I reflect, I think it is equally fitting for this Center and elsewhere.  'As iron sharpens iron, so one person sharpens another.'

"I have been 'sharpened' by many of you, and have learned much during my time here at the Center.  I hope that in some small way, you too have been sharpened from our interaction(s)." 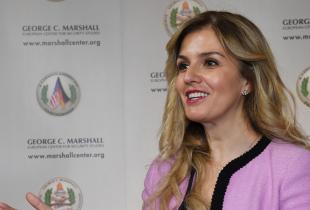 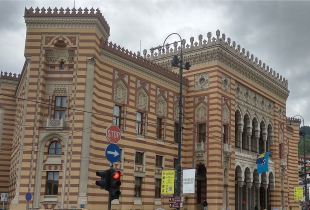 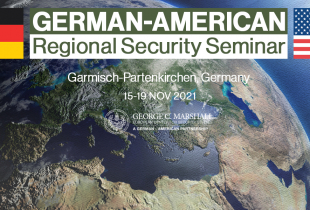