The event was an opportunity for these Airmen to honor their service and showcase the past and present achievements, and heritage of the U.S. Air Force to their German and U.S.  civilian colleagues and those from the other military branches of the U.S. Department of Defense.

One of the highlights of the event was the U.S. Air Force traditional cutting of the cake by the most senior and junior Airmen present and a video highlighting the service of the Marshall Center Airmen.

The U.S. Air Force is the aerial warfare service branch of the U.S. Armed Forces and one of the seven American uniformed services.

As the youngest of the four branches of the Department of Defense, the U.S. Air Force was born out of the U.S. Army Air Forces in 1947 -  under the National Security Act of 1947 - with a mission set that has expanded significantly over the course of its existence. The U.S. Air Force is the largest and one of the world’s most technologically advanced air forces.

“When Stuart Symington was sworn in as the first Secretary of the Air Force, the newly created Air Force essentially had five core missions, which endure to this day,” said Bareihs, speaking to a crowd of Marshall Center Airmen, staff and faculty.

“The names have changed a little…for instance, we weren’t thinking about space superiority in 1947, but how we execute those missions has changed a lot, and will continue to evolve in the future,” he said.

“Today, we have high-tech things like sensor fusion, cyber, stealth, space and precision weapons, but it’s not about the stuff, it’s about our Airmen,” Bareihs. “The Airmen of today are not that different from those who served in 1947. They’re smart, innovative, determined, resilient and they exemplify our core values of integrity, service and excellence.”

“They are what sets our Air Force apart and makes us the best Air Force in the world,” Bareihs said. “Since 1947, courageous Airmen have defined and refined how we execute our missions.  Airmen, like TSgt John Chapman who on Aug. 22 was posthumously awarded the Medal of Honor for his extraordinary heroism during the Battle of Takur Ghar in Afghanistan in 2002.”

Since 1947, millions of Americans have worn the Air Force uniform, and have established a superb record of valor, sacrifice and distinguished service during and after the Cold War, from the Korean conflict to the wars in Iraq and Afghanistan. 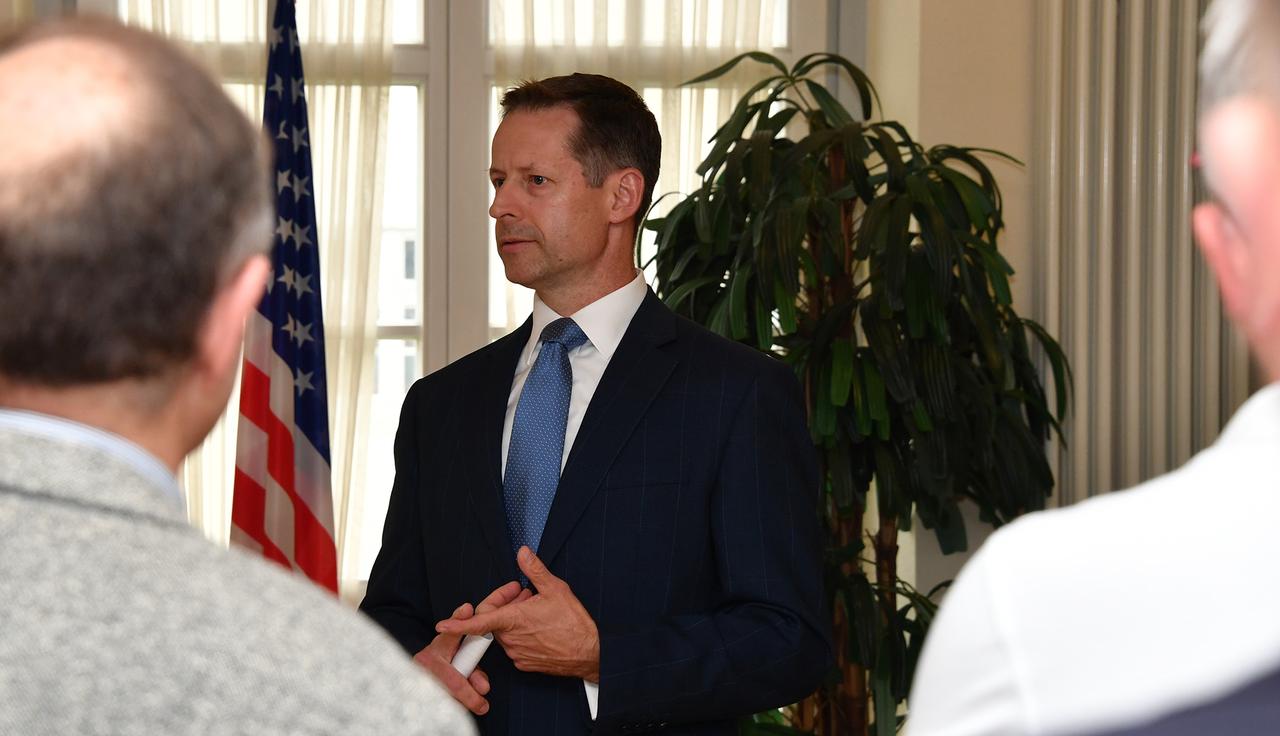 One of the highlights of the event was the U.S. Air Force traditional cutting of the cake by the most senior and junior Airmen present and a video highlighting the service of the Marshall Center Airmen.
Tags
Information
Related Content
Alumni Office 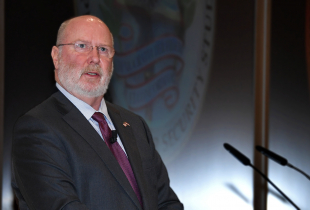