Wolters later met with Marshall Center faculty members where he described security challenges throughout the region. Wolters cited the importance of the men and women working to support peace across the Euro-Atlantic region and the significance of remaining vigilant as we assess the evolving geopolitical aspects of strategic competition.

Michta led a round table session where Wolters engaged with faculty members on a variety of security related topics of interest to Marshall Center programs and initiatives in the European region.  The topics ranged from strategic competition, maligned influence, and hybrid warfare, and included geopolitical issues as diverse as energy security, the Arctic, Ukraine, and the Balkans.

Professor Joseph Vann, director of the Marshall Center’s Program on Countering Transnational Organized Crime, spoke about the importance of bringing together experts from around the world to focus on strategy and policy solutions in fighting transnational challenges.  Vann also highlighted the Marshall Center’s emphasis on studying China’s role in the realm of strategic competition in Europe and its long-term consequences for the transatlantic alliance.

Professor Phil Lark, director of the Marshall Center’s Program on Cyber Security, highlighted the success the Marshall Center is realizing in assisting partner nations develop better strategies and policies pertaining to cybersecurity.  Wolters spoke to the importance of cybersecurity and recognized this discipline as an essential challenge deserving unwavering attention.

Dr. Graeme Herd, chair of the Research and Policy Analysis Department briefed on academic research the Marshall Center is conducting on Russia and provided his assessment of Russian risk calculus and red lines in the strategic decision realm.  Professor James Wither spoke about the Marshall Center’s current efforts focused on developing an Irregular Warfare program to address new challenges in the region.

Seguin concluded by thanking Wolters for visiting and stressed his commitment to ensure that Marshall Center programs and efforts provide maximum support to U.S. EUCOM. 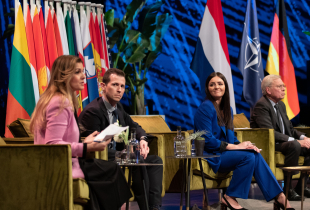 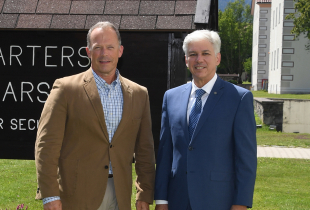