The George C. Marshall Center’s Program on Applied Security Studies held an opening ceremony for the Holocaust exhibit at the Nick Pratt Hall of the GCMC campus in Garmisch-Partenkirchen Germany, November 7, 2022.

The exhibit called “Some Were Neighbors – Choice, Human Behavior, and the Holocaust” is part of the PASS special program hosted in coordination with the U.S. Holocaust Memorial Museum and the Foundation Memorial to the Murdered Jews of Europe, or Stiftung Denkmal.

“Given our [German] history, for us it is a self-commitment for the present and the future to keep the memory of the Holocaust alive,” said Adam Kerpel-Fronius of Stiftung Denkmal. “In a time when war is back in Europe and extremist parties are on the rise, it is more important than ever to see the Holocaust as a warning.”

This ceremony is part of a week-long pilot program that included a visit to the NS documentation center in Munich, a movie on the Wannsee Conference, and a discussion on the exhibition with representatives of the U.S. HMM and the Stiftung Denkmal. 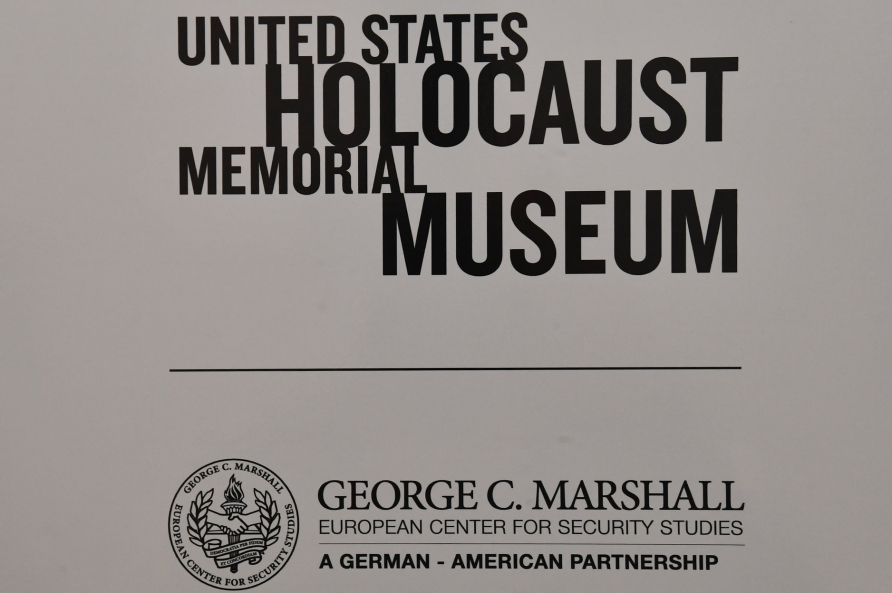 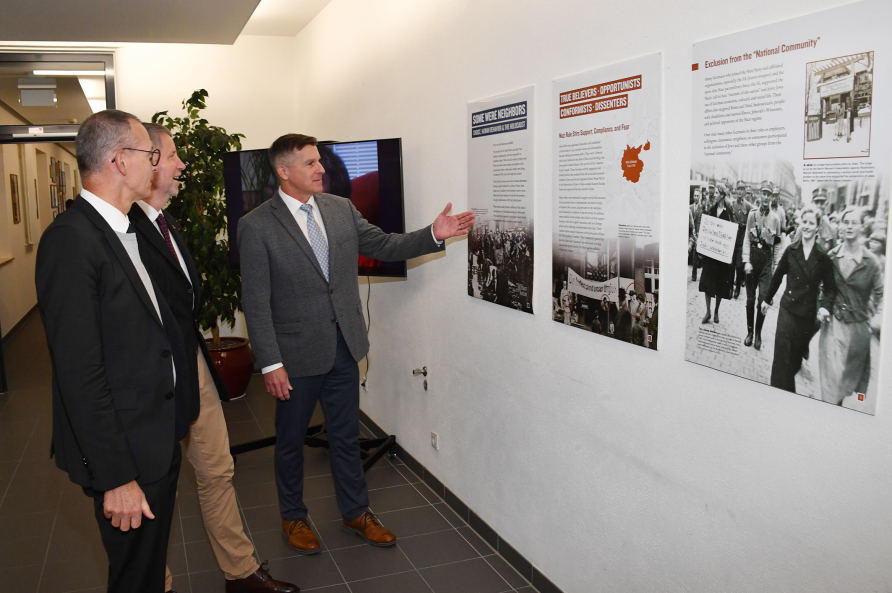 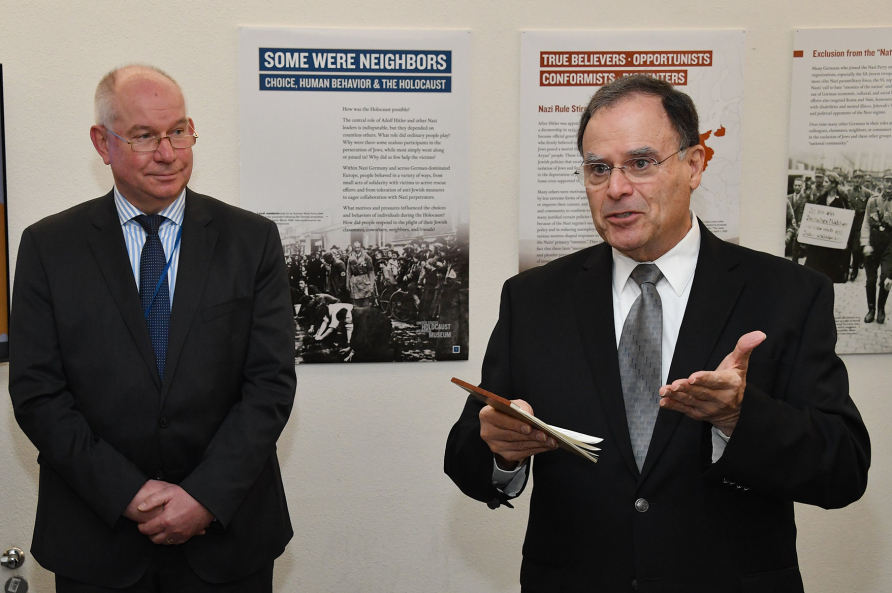 “It was a time,” he said, “when government officials like yourselves, on whom the public relies for national security and the protection of individual rights, failed to recognize early on the danger that extremist movements like the Nazi Party and other similar movements across Europe represented, and failed to act to prevent their rise to power.”

The pilot program is a result of a cooperation between the U.S. State Department and the Federal Foreign Office of Germany, who are “strongly concerned that Holocaust denial, revisionism, and distortion are on the rise and anti-Semitism is increasing,” they wrote in a memo in 2021.

“It is absolutely necessary to understand the past and to work towards the future to have a better understanding of the present,” said Dr. Ralf Roloff, Deputy Dean at the Marshall Center, in his opening remarks. “And that’s actually why we joined this effort and made it a special program initially for PASS.”

PASS is a 10-week long course taught at the Marshall Center. 56 participants from 33 countries are attending this year’s iteration. PASS focuses on the contemporary security environment, current and future challenges, and mitigation strategies.