After the educational part in Bruges on the institutional functioning of the EU and NATO, the last day of the Marshall Center trip to Belgium was devoted to visit the European Union’s External Action Service (EEAS) and the NATO Headquarters.

“I was delighted to join a discussion on EU-NATO Cooperation—a subject I also taught at the Marshall Center in Garmisch-Partenkirchen,” says Professor Ralf Roloff, Deputy Dean of the Marshall Center. “Talking with EU representatives helped illustrate where cooperation between these two major pillars of transatlantic security has improved and where more cooperation is needed.”

The Marshall Center alumni group was able to be get an introduction of the EU Strategic Compass which was recently agreed on, and visit the NATO Headquarters to discuss the outcome of the Madrid Summit and the new NATO Strategic Concept.

“It was fascinating to hear the 360° assessment with particular focus on Ukraine. The discussions with our participants revealed that the Kremlin made two major miscalculations when unlawfully invading Ukraine: first, they underestimated the bravery of the Ukrainian military and society; and second, they failed in their attempt to create a divide of the so-called political West, meaning the member states and allies,” said Dr. Sebastian von Münchow, the Marshall Center’s trip leader to Brussels. 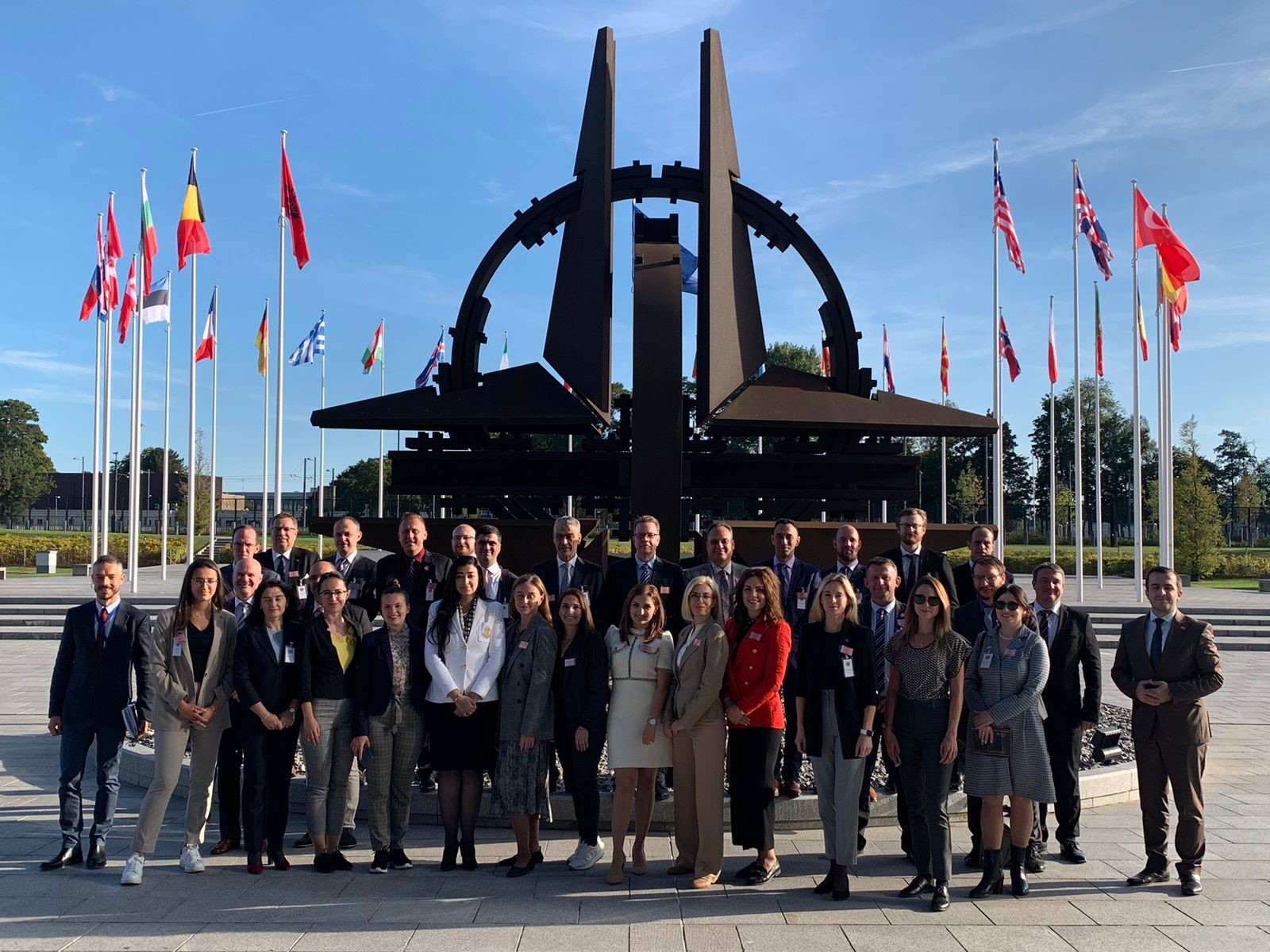 In the Belgian capital, the group engaged in a panel discussion with Professor Roloff and Dr. Victoria Vdovychenko, currently associated with the Catholic University of Leuven, and Dr. Viorel Cibotaru, the Extraordinary and Plenipotentiary Ambassador of the Republic of Moldova to the Kingdom of Belgium on the topic of “EU, NATO, Their Friends and Neighbors: Withstanding Instability and Aggression”.

“I chose this topic to examine the unjustified Russian attack on Ukraine from two basic perspectives. Professor Roloff’s perspective on the transatlantic response to this unprecedented aggression, and Victoria and Ambassador Cibotaru’s perspective through the lense of those in distress,” said Dr. von Münchow.

“The group was the perfect mix—representing EU and NATO member states, but also countries aspiring to join the transatlantic community. There was a lot of discussion on how to respond to threats along Europe’s eastern flank and in the Mediterranean, but the unity to stand up against further revanchist provocations was remarkable,” noted Leonie Kohls, an economics student from Berlin currently serving in an internship at the Marshall Center.