GARMISCH-PARTENKIRCHEN, Germany (July 13, 2020) – The George C. Marshall European Center for Security Studies’ Ukraine Program conducted a virtual seminar with the Minister of Defense, the Chief of Defense, and members of the Verkhovna Rada in Ukraine entitled “An Effective MoD-Parliament Relationship” July 7.

The seminar was designed to bring together defense leaders in Ukraine to discuss best practices for improving parliamentary oversight in Ukraine and develop a more collaborative relationship between the defense leadership and parliament in the country.

Speakers included representatives from the Office of the Secretary of Defense, and the event included senior staff members from the U.S. Senate, as well as members of the Defense Reform Advisory Board which consists of representatives of six countries that provides strategic advice to the Ministry of Defense in Ukraine.

Minister of Defense, Andrii Taran, Chief of Defense, Colonel Gen. Ruslan Khomchak, and a number of parliamentarians including Mariana Bezuhla, deputy chairperson of the Verkhovna Rada Committee on National Security, Defense, and Intelligence provided their vision for a more effective relationship and brought forward clear proposals for implementing change.

Participants discussed a wide range of topics related to parliamentary oversight.  They agreed on several concrete steps to improve communication between the Ministry of Defense, Armed Forces of Ukraine, and the parliament.

These steps will be implemented in the coming months and will allow parliamentarians to gain a better understanding of the challenges faced by the Ministry of Defense and Armed Forces. The objective is to provide institutionalized links between the parliament and the defense establishment.

Overall, the U.S. and German participants reaffirmed their commitment to support Ukraine’s efforts to build a government more aligned with Euro-Atlantic norms and principles. 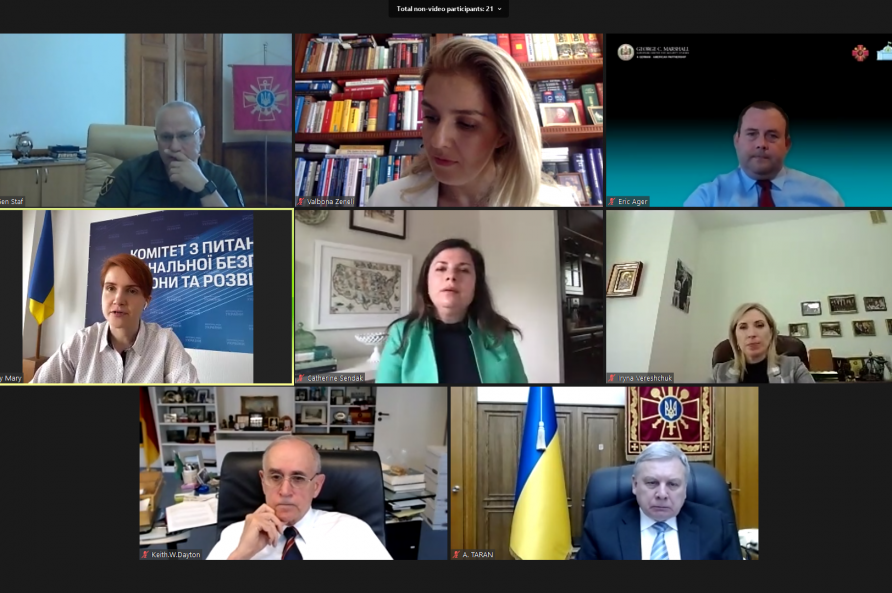 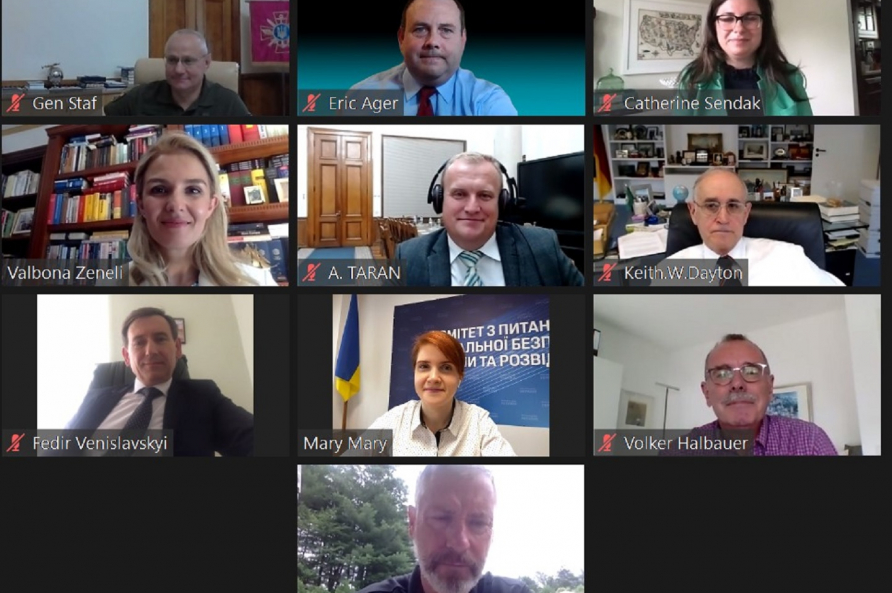 Date
How to Register