The class graduated Aug. 2 at PLTCE, based here with the Marshall Center.

Earlier this summer, another 18 professionals completed the same course.

Starting last year, PLTCE added another iteration of the Language Testing Seminar to its annual calendar, making the course available three times a year due to demand from language testing organizations in NATO and partner countries.

“The Language Testing Seminar is a product of international cooperation and has been in existence for 20 years,” explains Peggy Garza, chair of English Language Programs at PLTCE.  “We work with subject matter expert colleagues from the alliance to deliver the courses, and to constantly update and improve the course.“

Roxane Harrison, program manager at PLTCE, added, “The LTS is an introductory course for language professionals to learn more about language proficiency testing and how NATO’s Standardization Agreement (STANAG) 6001 relates to testing.   Language testers generally begin their careers as language teachers, but making the transition from teacher to tester requires quite a lot of training – both formal and on-the-job.  The LTS addresses part of the formal aspect of training.”

Attendance on the LTS is limited to one person per nation.  This affords participants the opportunity to hear about testing programs in many other countries.  It also helps to standardize and norm interpretation of the STANAG 6001 language proficiency descriptors among participants, which contributes to more reliable test scores and communication interoperability within the NATO Alliance.

This summer, the Czech Republic, Latvia, Romania, Slovakia and the United States released course facilitators from their normal duties in their own countries to come to Garmisch-Partenkirchen for two weeks.  Here, they delivered the Language Testing Seminar and facilitated group projects and discussions, providing feedback and sharing their expertise with the NATO alliance’s next generation of English language proficiency testers.

Inga Farte-Zalite, head of Latvia’s STANAG 6001 Testing Team, who was a participant in one of the first Language Testing Seminars in the early 2000’s, facilitated the seminar in July.

“I am so impressed by the impact that the LTS has had on the NATO/BILC testing community since it began,” she said.  “The LTS has undergone updates and changes over the years, and the quality of the seminar is constantly improving. It is a privilege for me to be involved in the delivery and continuing evolution of the course.  I am very happy to be here in Garmisch and look forward to returning to do it again in the future.”

PLTCE is a NATO-accredited Partnership Training and Education Center, making their language standardization courses NATO approved.   PLTCE offers four language standardization courses for NATO and partner nation language teachers and testers.  The courses are also endorsed by NATO’s advisory and consultative body for languages, the Bureau for International Language Coordination (BILC).  Three of these courses focus on language testing, while the forth hones in on teaching methods for the skills of speaking and writing English in a military context.

The next Language Testing Seminar will take place in February of 2020. 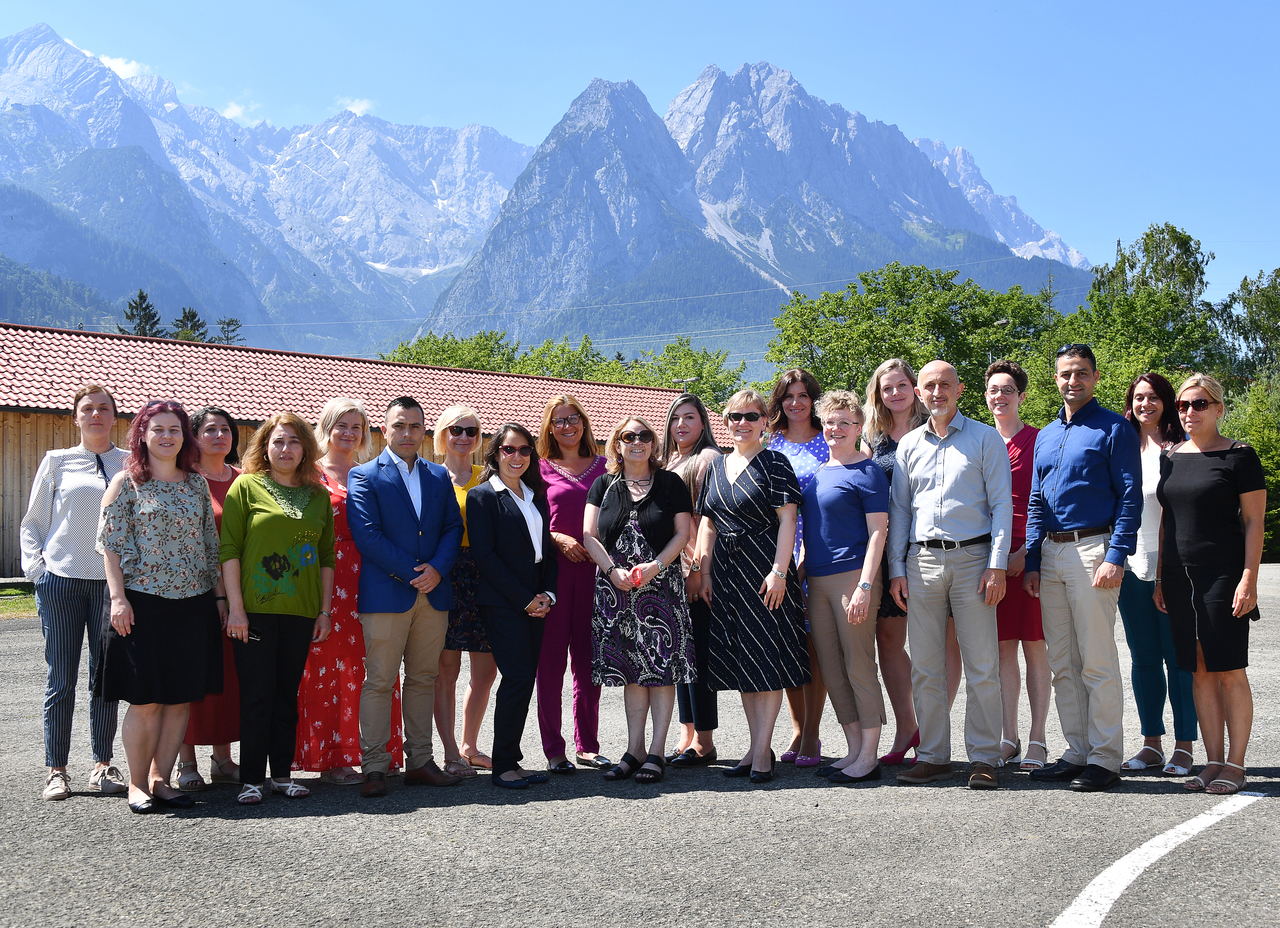