Returning from the Islamic State

“The phenomenon of people traveling to participate in foreign conflicts is by no means new or intrinsically tied to the Islamic State (IS) or other violent jihadist networks. David Malet reflects upon how local insurgencies — the conflicts often portrayed as threats to the transnational community — mobilize international networks in his analysis of historical foreign fighter insurgencies, Foreign Fighters: Transnational Identity in Civil Conflicts. Malet argues that throughout modern history, there have been strong similarities in recruitment strategies for distant wars that are independent of respective conflict type. International combatants have fought for various causes, ranging from international communism to local ethnic group interests. Yet, law enforcement agencies all over the world increasingly focus on foreign fighters traveling to Syria and Iraq because of a considerable increase in their number, as well as the perceived threat they pose upon their return. The German government estimates that about 700 German residents and citizens have traveled to the region to support jihadist groups such as IS.

But how do we prevent individuals from traveling abroad, and how do we respond to those who return, apart from engaging law enforcement, increased security regulations and... other repressive measures? This article reflects upon the work...”

Excerpt from Julia Berczyk, “Returning from the Islamic State,” per Concordiam: Journal of European Security Defense Issues  6, No. 4, 2015: 12-17.

Julia Berczyk works as a counselor for HAYAT-Germany at the ZDK Gesellschaft Demokratische Kultur gGmbH in Berlin. She earned a master’s degree in migration and ethnic studies, as well as European studies, at the University of Amsterdam. She is also a doctoral candidate at the university’s Department of Political Science. 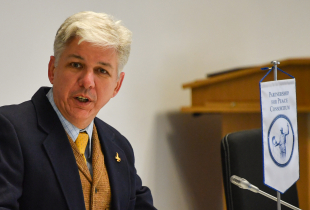 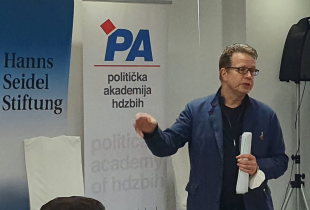