“Two Mi-17 helicopters were taking off, their blades chopping the air. The huge aircraft were moving forward, one behind the other. The engines easily lifted the heavy, metal aircraft that loomed as large as a Hindu Kush mountain.

The two aircraft, carrying 30 commandos, were performing a night mission in Azra village in Logar province, 100 miles south of Kabul. A small but treacherous group of terrorists were asleep in their beds. Just days before they had forcefully taken hostage an impoverished farmer and his family. They chose this particular location to rest and prepare for their next operation because they assumed they would be out of reach of Afghan National Security Forces (ANSF)...”

Excerpt from Per Concordiam Staff, “Progress in Afghanistan,” per Concordiam: Journal of European Security Defense Issues  6, No. 3, 2015: 56-59. 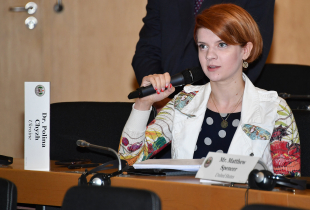