“It could be argued that the 2008 global financial crisis was the major catalyst for many of the subsequent domestic issues that have developed and lingered throughout the European Union until today. Recovery across the Eurozone has been uneven, and the ensuing sovereign debt crisis drove Southern Europe into a second recession in 2012. Today, growth across the EU has been measured as less inclusive than before the 2008 crisis in terms of economic convergence between countries and within countries — the encouragement of which was a strong motivating factor for having created the Eurozone in the first place.

According to the World Bank’s “EU Regular Economic Report,” before the crisis it would have taken 30 years for EU countries to achieve similar per capita income levels. After the crisis, it is estimated that convergence will take seven times longer. In addition, poverty levels across the Eurozone worsened until 2013, recovered slightly by 2015, but have never returned to pre-crisis levels. Even though gross domestic product (GDP) per capita recovered by 2011, the bottom 40% of the population saw its income share fall, substantially increasing inequality...” 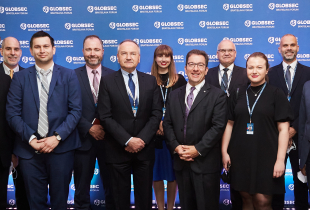