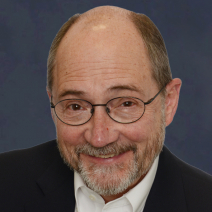 Keith L. Wert is the director of the Partner Language Training Center Europe at the George C. Marshall European Center for Security Studies in Garmisch-Partenkirchen, Germany. He has been the director of PLTCE and its predecessor since 1999. PLTCE provides language training to 400 U.S., NATO and Partner linguists each year in several different languages and dialects, including English for Special Purposes, which change according to defense sector requirements. PLTCE also offers NATO recognized professional development courses and workshops for ally and partner English language teachers and language testers.  PLTCE was institutionally accredited as NATO Partnership Training and Education Centre (PTEC) in August 2018.

Keith served as Secretary for PfP from 1997 to 2008 in the Bureau for International Language Coordination (BILC), NATO’s advisory body for language matters, and as an associate secretary from 2008 to present. He was the BILC Chair 2014-16.  He has extensive experience in the subject of defense-sponsored language training and testing as they fit into military structures and personnel policies and has worked in thirty countries during his career, including four years at the US Embassy in Morocco.

He was reassigned to the Marshall Center from the Defense Language Institute English Language Center (DLIELC) in San Antonio, Texas, where he served in civilian staff officer and management positions primarily focused on international programs. In addition to numerous international assignments, Keith served on the DLIELC campus as an English instructor, an oral proficiency interview tester trainer, a teacher trainer, and a supervisor.