GARMISCH-PARTENKIRCHEN, Germany (May 17, 2019)  – Tackling the unresolved conflict between the Republic of Moldova and “Transnistria,” an unrecognized state along its eastern border with Ukraine, were 38 government and military security professionals from 23 countries attending the Seminar on Regional Security at the George C. Marshall European Center for Security Studies.

“This four-week course focuses on European regional security challenges that are driving European political agendas and public discussion,” said German Air Force Col. Jörg Kunze, Marshall Center’s SRS executive course director. “This course is a key component of what the Marshall Center does and that is analyzing conflicts and developing tools to mitigate or manage conflicts.”

This unresolved conflict, which has been going on for more than 27 years, was the subject of a negotiation exercise that capped a four-week study on analyzing ongoing conflicts, coming up with basic conclusions on root causes, and identifying actors, crisis management efforts and a way ahead for ongoing crises.

“You learned about various organizations and mechanisms used to mitigate conflict,” said retired U.S. Air Force Brig. Gen. Dieter Bareihs, Marshall Center’s U.S. deputy director, to the participants in his closing remarks on the last day of SRS May 17. “You analyzed four conflicts and then applied your knowledge in the capstone exercise (the unsolved conflict in Moldova).” 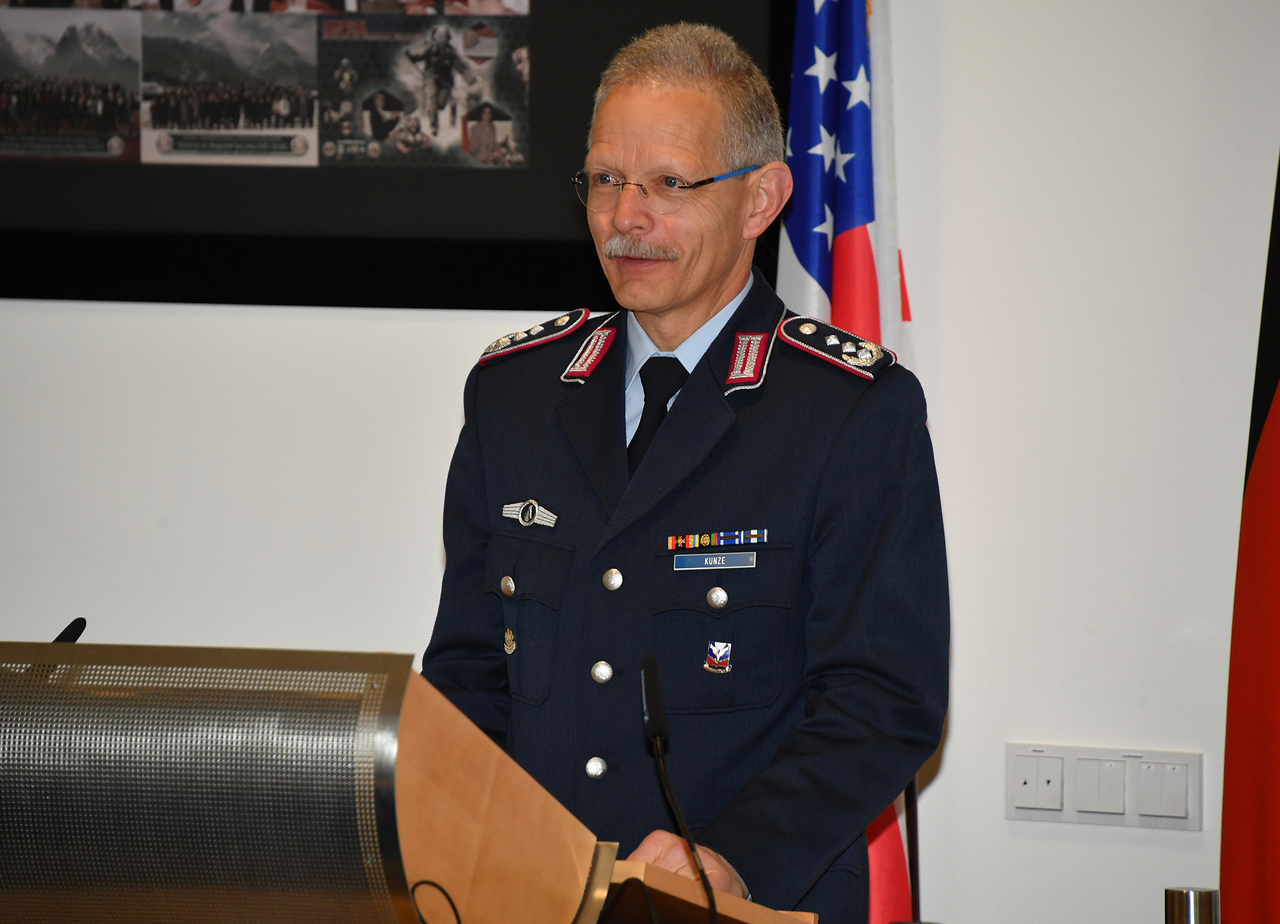 Kunze said that his team created this capstone exercise to reflect “real-life” negotiations as much as possible.

“Our aim in this exercise, as well as throughout SRS, was to promote a deep understanding of unresolved conflicts and their management, and show our participants the opportunities, frustrations and intricacies of mediation,” said Kunze, who has led SRS at the Marshall Center for five years.

In total, there have been seven SRS resident programs at the Marshall Center. The seminar began in 2013. The Marshall Center is a German-American partnership that has produced generations of global security professionals for almost 26 years.

Kunze cites that the collection of reference documents available to the participants during SRS helped them to understand the history, mediation efforts, actors and sensitives during the case studies and capstone exercise.

“We actually had real negotiators, who have been involved in the “5+2” negotiations, from all sides of the conflict giving the participants briefings,” Kunze said. “I think being exposed to these perspectives highlighted where the issues, bone of contentions, sensitivities and red lines are in this conflict.”

Known as the “5 + 2” format, participants portrayed five sides of this conflict: Moldova; Transnistria; Ukraine; the Russian Federation; and, OSCE. Marshall Center faculty represented the other outside actors or observers, which, in this conflict, are the European Union and United States.

Participants role-played delegations from another country, even those who were from Moldova and Ukraine. Kunze said this was to provide a deep-learning experience, a chance for them to really know the substance and mechanisms of negotiations.

The “5 + 2” format has been followed in the negotiations by the Organization for Security and Co-operation in Europe to find, comprehensive, durable settlement of the Transnistrian conflict, said Kunze.

Retired Ambassador Dr. Fred Tanner, senior advisor to the OSCE Director, was the exercise moderator. Dr. Claus Neukirch, director of the OSCE Mission to Moldova, gave the OSCE perspective of the conflict. Gheorgh​e Balan, chief state councilor of the Prime Minister of the Republic of Moldova, gave the Moldovan perspective, and Dr. Sergey Markedonov​​​, lead researcher at the Institute of International Studies at the Moscow State Institute of International Relations University, gave the Russian perspective. Other notable negotiators also provided the perspectives of Transnistria, Ukraine, EU and the United States.

To get to this unresolved conflict, participants examined multiple regional conflicts, past and ongoing, which allowed participants to enhance their ability to analyze and propose resolutions, said Kunze.

“In the New Year’s address of the United Nations, the Secretary General rang the red-alert bell when he said that the level of trust worldwide is decreasing and the number of conflicts is increasing,” he said. “This gave us the task of dealing with a lot more conflicts than we were used to tackling in this seminar.”

He added, “For this iteration, we have spread out our conflict studies to not only the eastern flank of Europe, but also to the Mediterranean and as far south as the Sub-Saharan Africa.”

Kunze, said he and his team fit gender equality into the SRS program.

“Talking about gender is often perceived as women and women’s rights, but gender and security covers a lot more issues,” he said. “For example, how do you feel personally and in a social context about being a man or a woman or a child, being a veteran or a disabled person and even, being of different sexual orientation? That’s what’s covered under gender issues.”

“This is gender balance, which is a very important issue that is reflected in the course and Marshall Center, Kunze said. “We are trying to achieve a gender-balanced participation.”

He explained, “Why should we exclude about 50 percent of the world’s population, by not inviting female participants to the course and to have a say in conflict management?”

For the first time, the SRS curriculum was complemented by a three-day field study trip to Vienna, providing participants with the opportunity to receive some firsthand information from OSCE practitioners in the field and representatives of international organizations like the United Nations and the International Atomic Energy Agency.

“This field trip helped us to validate the concepts that we discussed among each other in SRS with practitioners of the real world,” Kunze said. “This put our participants in contact with real-life practitioners and helped them to find out about what’s going on, and to see if their ideas would survive contact with reality.”

In his closing remarks, Bareihs told the graduates that he is confident that they have developed a deeper understanding of the difficulties involved in negotiating resolutions, the value of diplomacy and the need for cooperative solutions.

“We live in a globalized world where shared security challenges call for cooperative or shared solutions and perhaps most importantly, for the shared implementation of these solutions,” Bareihs said in his closing remarks.

“In other words, shared responsibility, which I will tell you, is part of the Marshall Center spirit,” he said. “We are a German-American Partnership, and our mission is to enable solutions to regional and transnational security challenges.”

The Marshall Center has an alumni network of more than 13,300 security professionals from 155 nations.

“As Marshall Center alumni, you are now a part of this endeavor. Our job is to enable you. Your job is to find the solutions.” Concluding his remarks, Bareihs said, “Your governments are counting on you or they would not have sent you here.”