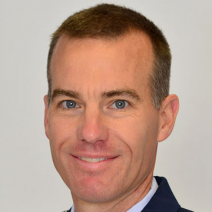 Colonel James Turner serves as the Director of Academics for the College of International Security Studies, George C. Marshall European Center for Security Studies. He arrived at the Marshall Center in July 2017.

Colonel Turner was commissioned through the Reserve Officer Training Corps at Texas Christian University in May, 1994 and entered active duty in July, 1994.