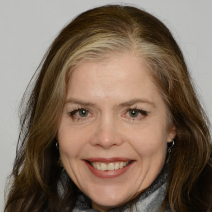 Dr. Tova Norlén joined the Marshall Center in January 2020 as Professor of Counterterrorism and International Security. She serves as the Academic Advisor for the Program on Terrorism and Security Studies.

Dr. Norlén has served in several academic and administrative roles at a number of colleges and universities and has developed and taught courses on a wide variety of international affairs and security-related topics. She was a faculty member at the American University’s School of International Service, where she taught both at the undergraduate and graduate levels. Dr. Norlén also served as the Assistant Dean for Research at George Washington University’s Elliott School for International Affairs. She held the position of research fellow at several think tanks, including the EU Institute for Security Studies in Paris, the Center for Security Studies in Zurich, and RAND in Washington, DC.

Dr. Norlén’s research is interdisciplinary and located at the intersection between scholarship, policy, and practice in the fields of global security, conflict research, negotiation, and counterterrorism, focusing on the Middle East in particular. Her recent publications examine the link between militant religious extremism and terrorism, looking at Salafi-Jihadi groups. She also explores the relationship between global fragility and violence, with an emphasis on the MENA region. She is currently engaged in several research projects, including an exploration of the growing link between religious nationalism, populism, and extremism on a cross-section of global cases; the role of proxies in the Pakistan-Afghanistan security relationship; and the potential impacts of non-state actors and illicit market structures on Ukraine’s post-conflict security.