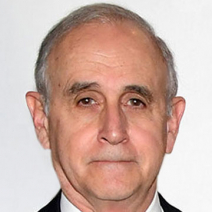 Retired U.S. Army Lt. Gen. Keith W. Dayton is the Director, George C. Marshall European Center for Security Studies. He is responsible for orchestrating resident courses, outreach programs and an international and inter-agency network of about 14,000 government officials from 156 nations in fields of international security studies, defense and foreign affairs.

He retired from the U.S. Army Dec. 1, 2010, as a lieutenant general after more than 40 years of service. His last assignment while on active duty was as U.S. security coordinator to Israel and Palestinian Authority in Jerusalem.

A foreign area officer by training, General Dayton studied at the U.S. Army Russian Institute in Garmisch. His assignments in that field included politico-military staff officer for the Army in Washington D.C.; U.S. defense attaché in Russia; and deputy director for politico-military affairs, Europe and Africa, for the J-5 division of the joint staff in Washington D.C.

General Dayton also worked as director for operations and director for human intelligence for the Defense Intelligence Agency in Washington D.C., including duty as director of the Iraqi Survey Group for Operation Iraqi Freedom in Iraq; and went on to direct the strategy, plans and policy division for the Department of the Army before his assignment to Jerusalem in December, 2005.

In addition to his politico-military experience, General Dayton has held command four times as an artillery officer, and been an operations officer and executive officer during his career. He earned a senior service college fellowship to Harvard University, and served as the senior Army fellow on the Council on Foreign Relations in New York.

In November 2019, Austrian Defense Minister Thomas Starlinger presented the “Decoration of Honour” for services to the Republic of Austria to Dayton during the Partnership for Peace Consortium of Defense Academies and Security Studies Institutes Senior Advisory Council meeting in Vienna.