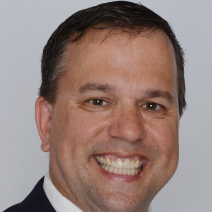 During his Naval career, Odom has provided legal and policy advice on matters involving international law and national security law to U.S. and multi-national military commanders, headquarter staffs, and forces around the world for military operations at sea, in the air, and on land. Additionally, he has served as a legal and policy advisor on U.S. delegations in negotiations and official dialogues between the U.S. Government and foreign governments of more than twenty nations around the world for matters involving international security.

Immediately prior to his current duty assignment at the Marshall Center, Odom served for four years as a Military Professor of Law and Maritime Security at the Daniel K. Inouye Asia-Pacific Center for Security Studies (Hawaii). Early in his Naval career, he also served as an Instructor of Law and Division Head of the International and Operational Law Division of the U.S. Naval Justice School (Rhode Island), where he taught military attorneys from all five branches of the U.S. armed forces, as well as Naval officers at the U.S. Naval War College, the U.S. Naval Submarine Officers School, and the U.S. Naval Chaplains School.

In his personal capacity, Odom has published law journal articles, book chapters, and opinion-editorials on various aspects of the law of the sea, the law of airspace, the law of armed conflict, national security law, national security strategy, oceans policy, maritime security, homeland defense, and negotiations. He has taught as an adjunct faculty member at the University of Hawaii’s School of Law, and guest lectured at more than a dozen universities and colleges in the United States and Asia. He has also presented at more than 50 academic conferences in the United States, Canada, Europe, and Asia.

In 2015, Odom received the Judge Advocate Association’s Career Armed Services Attorney-of-the-Year Award for a “record of outstanding professional accomplishments, service to community, service to the legal profession, and development of subordinates.”