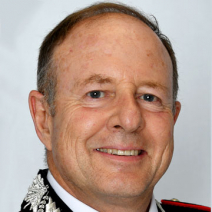 He attended the military school of the Army and Military Academy. His first duty assignment was in 1980, when he served as a platoon commander within the 1st paratrooper Regiment of Carabinieri. His career continued inside the Special Intervention Group (GIS) for six years, then as Territorial Company (District) Commander.

He has a degree in Political Science from the University of Siena. After returning to the paratrooper Regiment, he deployed to Somalia from 1993 to1994 and Bosnia from 1996 to 1997.

In 1997, he was appointed as the GIS (Special Intervention Group) Commander, and in 2000, he covered the position of Provincial Commander for three years before the deployment in Hebron (West Bank) as Deputy Head of TIPH (Temporary international mission in Hebron) for one year.

Returning to the paratrooper Regiment, as Commander, he was deployed in Iraq (2005) as MSU (Multinational Specialized Unit) Commander and in Kosovo (2007) within the EUPT-K (EU planning Team-Kosovo) as Police expert in the initial Phase of EULEX as Special Police Department Commander.

After returning to Italy, he was assigned to the COESPU (Center of Excellence for Stability Police Units) in charge of the Training Department. After two years, as Brigadier General, he was deployed to Afghanistan as NTM-A\ CTAG-P (Combined Training Advisory Group-Police) Commander. Back to Italy, he was assigned as Commander to the 2nd mobile Brigade of Carabinieri.