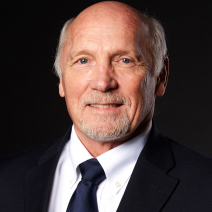 Upon returning in September 2019 from an assignment as U.S. Ministry of Defense Advisor in Uzbekistan, Gleason resumed his post at the George C. Marshall European Center for Security Studies. Since 2007, Gleason’s research, teaching and service at the Marshall Center has focused on former communist countries. Before joining the Marshall Center, Gleason taught courses in international relations at the State University of New York and later at the University of Miami before joining the political science faculty of the University of New Mexico. While at the University of New Mexico Gleason taught political science, public administration, and economics, focusing on international relations and comparative foreign policy.

Gleason has published numerous articles and books on international relations and political development. He is the author of “Federalism and Nationalism: the Struggle for Republican Rights in the USSR” (1991), “Central Asian States: Discovering Independence” (1997), and “Markets and Politics in Central Asia” (2003), as well as articles in scholarly journals. The National Science Foundation and the National Academy of Sciences as well as other public and private foundations have sponsored Gleason’s scholarly research. After two and half decades at the University of New Mexico, Gleason retired as professor emeritus.

In addition to academics, Gleason has always had a keen interest in practical affairs, serving in various analytical, advisory and managerial capacities with various national and international organizations including Lawrence Livermore National Laboratory, Sandia National Laboratories, the Asian Development Bank, USAID, the U.S. Department of State and other organizations. In 1993-1995 Gleason served as chief-of-party for the first USAID program on legal and governmental reform in Central Asia. In 1996 he worked on a USAID program on market reform and privatization in Kazakhstan. In 1997-1998 Gleason helped initiate the Asian Development Bank program on regional economic cooperation in Central Asia. In 1998-2000 he was director of the partnership program between the University of New Mexico and Urals State Technical University, sponsored by the U.S. Department of Energy’s efforts in nuclear non-proliferation. In 1999-2001 he headed a partnership between the University of New Mexico and Kazakhstan universities sponsored by the U.S. Department of State. From 2005-2007 he worked with the Eurasian National University in Astana, Kazakhstan to develop a new academic program on environmental management and engineering under the sponsorship of the Kazakhstan government and the U.S. government.

“Uzbekistan: Evaluating the Chances for a Convertible Currency,” Eurasianet (Aug 4, 2017).

“A Bridge to Central Asia: Turkey Plays a Vital Role in Trade and Transport Between Asia and Europe,” (with Oktay Tanrisever), per Concordiam: Journal of European Security and Defense Issues 4, no. 3 (2013): 11-14.

“Re-energizing the Baltic: Lithuania and its neighbors explore energy independence through nuclear power,” per Concordiam: Journal of European Security and Defense Issues 3, no. 4 (2012): 26-29.

“Implications of Iran’s Uranium Enrichment Program for Regional Security,” Journal of Balkan and Near Eastern Studies 14, no. 3 (September 2012): 317-330.

“Multipolarism, American Exceptionalism and Re-reading History,” published in the Russian language as, “Многополярность, Американская Исключительность и Переосмысление Истории,” in the journal Мировая экономика и международные отношения by the Institute of World Economy and International Relations (IMEMO) of the Russian Academy of Sciences (December 2011): 110-120.

“Realism and the Small State: Evidence from Kyrgyzstan,” (with Asel Kerimbekova and Svetlana Kozhirova) International Politics 45, no.1 (2008): 40-51.

“Political Dimensions of the Northern Afghanistan Resupply Routes,” Connections: The Quarterly Journal 8, no. 4 (2009): 39-62.

“Regional Cooperation and Reconciliation in Afghanistan, in N.A. Abudullaev, Afghanistan at the Crossroads of the XX and XXI Centuries, (Tashkent State Institute of Oriental Studies, 2019), 104-114 .