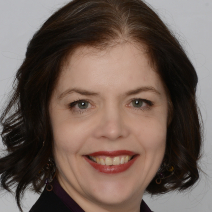 Dr. Norlen’s research explores the relationship between ethnic and religious extremism, territoriality and conflict intractability, with a focus on policy and practice, especially in the Middle East. Her doctoral work looked at the impact of territoriality on conflict intractability and religious radicalization and extremism, focusing on secessionist conflicts in general, and the Israeli-Palestinian conflict in particular.

Her more recent work examines the links between militant religious extremism and terrorism, with an emphasis on Salafi-Jihadi groups. She is currently working on a monograph, “Sacred Stones and Religious Nuts”—Managing Territorial Absolutes: The Case of Israel and the Settlements, to be published by University of Georgia Press.

Dr. Norlen has served in several academic and administrative roles at a number of colleges and universities around Washington, D.C. and Southern California. She has developed and taught courses in a wide variety of international affairs and security-related topics, including Introduction to International Relations, War and Peace Studies, Global Security and Conflict Resolution, Peace Operations and Humanitarian Intervention, Comparative Government, American Government, the Middle East conflict and Politics, and International Bargaining and Negotiation. Most recently, she served as a faculty member at the American University’s School of International Service, where she taught both at the undergraduate and graduate levels.

Prior to her teaching role at AU, Dr. Norlen served as the Assistant Dean for Research at George Washington University’s Elliott School for International Affairs. Additionally, between 2011 and 2013, she spent time as a research fellow at several think tanks, including the EU Institute for Security Studies in Paris, the Center for Security Studies in Zurich, and RAND in Washington, DC.

Dr. Norlen has received several awards and scholarships for her research, including the Transatlantic Postdoctoral Fellowship for International Relations (TAPIR), the USIP Peace Dissertation Research Scholarship, and the International Institute for Applied Systems Analysis’ Peccei Award.

“The Abraham Accord – Paradigm Shift or Realpolitik?” (with Tamir Sinai) Marshall Center Security Insights, no. 64 (October, 2020).