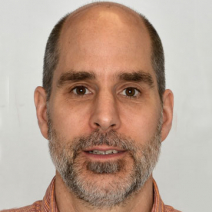 Dr. Matthew Rhodes is a professor of national security studies and area studies chair at the Marshall Center.  His principle interests include U.S. foreign and security policy, transatlantic relations, and Central and Southeast European security issues.

Dr. Rhodes previously served as assistant professor of strategy and international security at the U.S. Air War College, Maxwell Air Force Base, Alabama from 1999-2003; assistant professor in the department of political science at Central College, Pella, Iowa from 1998-1999; and Jan Hus Foundation Academic Mentor in the department of politics and European studies at Palacky University, Olomouc, Czech Republic from 1997-1998.

Dr. Rhodes holds a Ph.D. in political science from the University of Wisconsin in 1997 and a bachelor of arts degree in government and German from Lawrence University in 1990.

“The Trump Administration and the Balkans,” Marshall Center Secrutiy Insight, no. 22 (January 2018).

“Democracy and the Transatlantic Community: The Role of Central Europe,” (with Michal Baranowski), Marshall Center Security Insight, no. 8 (August 2013).

“A Make or Break Year for Serbia and Kosovo?” (with Valbona Zeneli) Marshall Center Security Insights, no. 6 (May 2012).

“A Balanced View of the Balkans: Despite Successes, Pillars of Progress Seem to Be Boring,” (with Dragan Lozancic), per Concordiam: Journal of European Security and Defense Issues 1, no. 2 (July 2010): 27-32.

“Kosovo: America’s ‘NATO State’ in the Balkans,” in Cutting or Tightening the Gordian Knot? The Future of Kosovo and the Peace Process in the Western Balkans after the Decision on Independence (Study Group on Regional Stability in Southeast Europe of the Partnership for Peace Consortium (September, 2008), 124-134.

“A Crisis of Democracy in Southeast Europe,” in Approaching or Avoiding Cooperative Security - The Western Balkans in the Aftermath of the Kosovo Settlement Proposal and the Riga Summit: Study Group on Regional Stability in Southeast Europe of the Partnership for Peace Consortium (September 2007), 103-108.