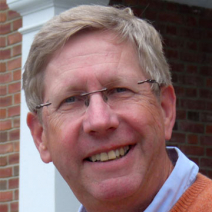 Dr. Clarke is recognized as a leading expert on the role of military forces in homeland security and homeland defense issues. He has developed and taught numerous courses on homeland security, crisis management, and stability operations, as well as developing scenario-based exercises and simulations. He led a major research project on European Approaches to Homeland Security. His most recent book is, "What Should Armies Do? Armed Forces and Civil Security”

In a military career spanning more than a quarter century, Dr. Clarke held numerous positions of great responsibility in the national security organizations of the United States. A political-military affairs expert, he was responsible for developing the U.S. Army’s doctrine for operations into the next century. In particular, he developed the Army’s doctrinal response for operations such as Bosnia. In addition, Dr. Clarke served as a senior planner and crisis manager in the Joint Staff in the U.S. Department of Defense, as well as the executive assistant to the commanding general, Fifth Army. A former Special Forces officer, Dr. Clarke commanded elite military units (parachute, Special Forces, Ranger, armored infantry) in operations in Europe, Asia, Africa and the U.S., including combat operations in the Gulf and Asia.

Dr. Clarke holds a Doktorat in political science from the University of Salzburg, Austria, a Brévet from the Ecole Supérieure de Guerre in Paris, an M.A. from the University of Southern California, a diploma from the U.S. Army Command and General Staff College and a B.A. from Norwich University. He held a post-doctoral fellowship at Harvard University and was an Olmsted Scholar.  He recently served as the Senior Eisenhower National Defense Fellow of the NATO Defense College in Rome.

Dr. Clarke has led projects in more than 50 countries worldwide, speaks six languages, and has lived abroad for more than 35 years. He has published numerous articles on defense and security issues appearing in such publications as The National Interest, Survival, Defense News, Magazine der Bundeswehr, European Security, Homeland Security, Homeland Defense and the Journal of Homeland Security. He is a frequent contributor on German and Austrian radio and television.