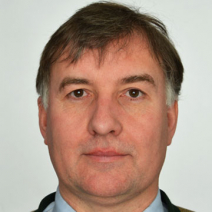 Dr. Graeme P. Herd is Professor of Transnational Security Studies and Chair, Research and Policy Analysis at the George C. Marshall European Center for Security Studies, which he joined in January 2015, and is fully involved in its extensive resident and outreach activities.

Before joining the GCMC Graeme Herd was a Professor of International Relations and founding Director of the School of Government, and Associate Dean, Faculty of Business, University of Plymouth, UK (2013-14), where he set up the ‘Centre for Seapower and Strategy’ at the Britannia Royal Naval Academy, Dartmouth. During his doctoral studies on seventeenth century Russian military and diplomatic history he studied at the Institute of Soviet/Russian History, Soviet/Russian Academy of Sciences in Moscow as a British Council Scholar, 1991-1992. He has an MA in History-Classical Studies University of Aberdeen (1989), and a PhD in Russian history, University of Aberdeen (1995).

Graeme has published nine books, written over 70 academic papers and given over 100 academic and policy-related presentations in 46 countries.  He is currently writing a manuscript that examines the influence of Russia’s strategic culture and President Putin’s operational code on decision-making in Russia today and charts the influence of the Westerner policy approaches in shaping Russian strategic behavior. Major recent publications include: