George C. Marshall was a great American statesmen whose masterful leadership and foresight shaped the second half of the 20th century. Having played a crucial role during World War II, Marshall provided the vision for the European recovery. He was instrumental in creating NATO and in resolving the Korean War.

Marshall served in the United States Army from 1902 until 1947. As Chief of Staff of the Army from 1939 to 1945, he was, in the words of Winston Churchill, the "true architect of victory" in the Western European theater of World War II. 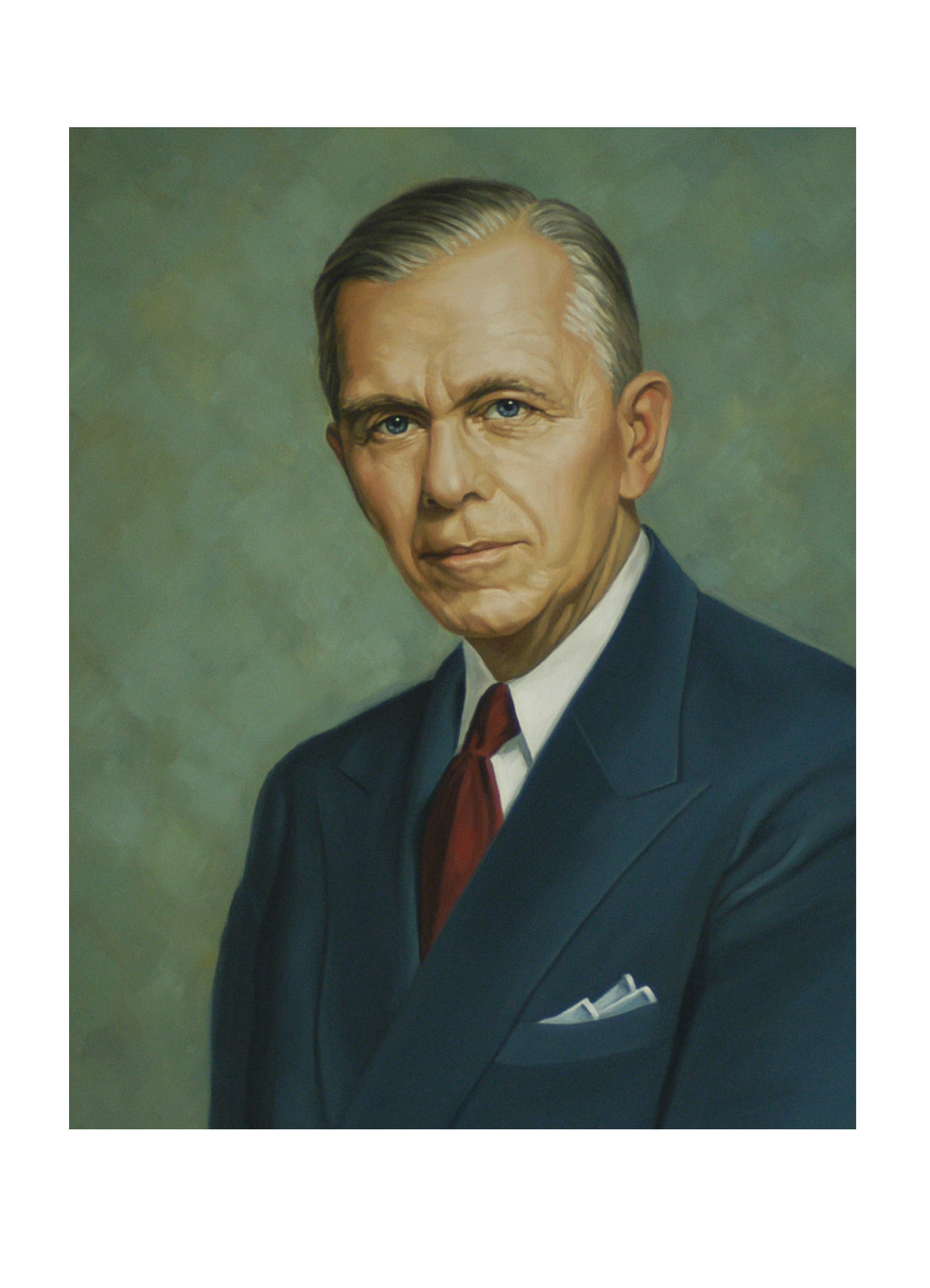 “...our students must first seek to understand the conditions, as far as possible without national prejudices, which have led to past tragedies and should strive to determine the great fundamentals which must govern a peaceful progression toward a constantly higher level of civilization.”
General George C. Marshall, Lecture given following receipt of Nobel Peace Prize December 11, 1953, University of Oslo

After resigning as Army Chief of Staff in November 1945, Marshall spent a year in China as President Truman's special representative, holding the personal rank of ambassador. He attempted, without success, to end the conflict between the nationalists and the communists. He retired from active U.S. Army service in February 1947 after more than 45 years of service. He then followed his remarkable Army career by assuming positions of great responsibility as he devoted his efforts to the cause of international peace.

As Secretary of State from 1947 to 1949, his Marshall Plan became the vehicle for the economic reconstruction of Europe. While Europeans endured unemployment, dislocation, and starvation in the wake of World War II’s devastation, the Marshall Plan embodied Marshall’s conviction that economic recovery and stability were vital underpinnings to the successful rebuilding of a democratic Europe. Marshall’s belief that America’s security and continued economic growth were inextricably linked to Europe’s well-being formed the cornerstone of his plan.

With the assistance of the Marshall Plan, Western Europe began to recover from the ravages of war. Marshall’s effort to include the Soviet Union and Eastern Europe in this grand design was rejected by Moscow. As Western Europe rebuilt, Europe was divided both economically and ideologically, and conflicting politics soon laid the ground for another war—the Cold War.

When it became evident that the gap between Eastern and Western Europe would not be bridged, and that the Western European states feared for their safety, Marshall was one of the leaders who created NATO, which would ensure the security of the West. The establishment of NATO in 1949 achieved a balance of power in Europe that endured until the end of the Cold War. In his last official position, as Secretary of Defense from 1950 to 1951, Marshall oversaw the formation of an international force, under the United Nations, that turned back the North Korean invasion of South Korea.

Although he spent most of his life in military service, Marshall is best remembered as a true internationalist who sought peace for the world through cooperation and understanding among nations. It was a fitting tribute to a career devoted to this ideal that Marshall received the Nobel Peace Prize in 1953. He is the only soldier ever to be awarded the Nobel Peace Prize. The principles of Marshall’s vision for post-World War II Europe are those which led to the establishment of the George C. Marshall European Center for Security Studies in 1993.

A statue of Marshall was dedicated at the Marshall Center on April 30, 1998. Jointly sponsored by the George C. Marshall Center, the private organization called the Friends of the Marshall Center, and the City of Garmisch-Partenkirchen, the work of art is the first known public statue of Marshall erected in Europe. The larger-than-life statue depicts General Marshall striding out into the community, through a parting iron curtain, past walls that have been broken down. He is walking over a bridge, facing to the east and his hand is outstretched in friendship. German artist, Christiane Horn of Wartenburg, Bavaria, was the sculptor of the piece.