The George C. Marshall European Center for Security Studies is one of five United States Department of Defense Regional Centers, and the only bilateral Center—a partnership between the United States Department of Defense (DoD) and the German Federal Ministry of Defense (FMoD).  An instrument of German-American cooperation, the Center addresses regional and transnational security issues for the U.S. DoD and German FMoD while maintaining a vast alumni network of security professionals.

The George C. Marshall European Center for Security Studies' Headquarters building houses the offices of the Director, and U.S. and German Deputy Directors and their support staff. It also houses the staff of the Partnership for Peace Consortium of Defense Academies and Security Studies Institutes.

Founded in 1999 during the NATO Summit, PfPC is an international security cooperation organization of more than 800 defense academies and security studies institutes across 60 countries. 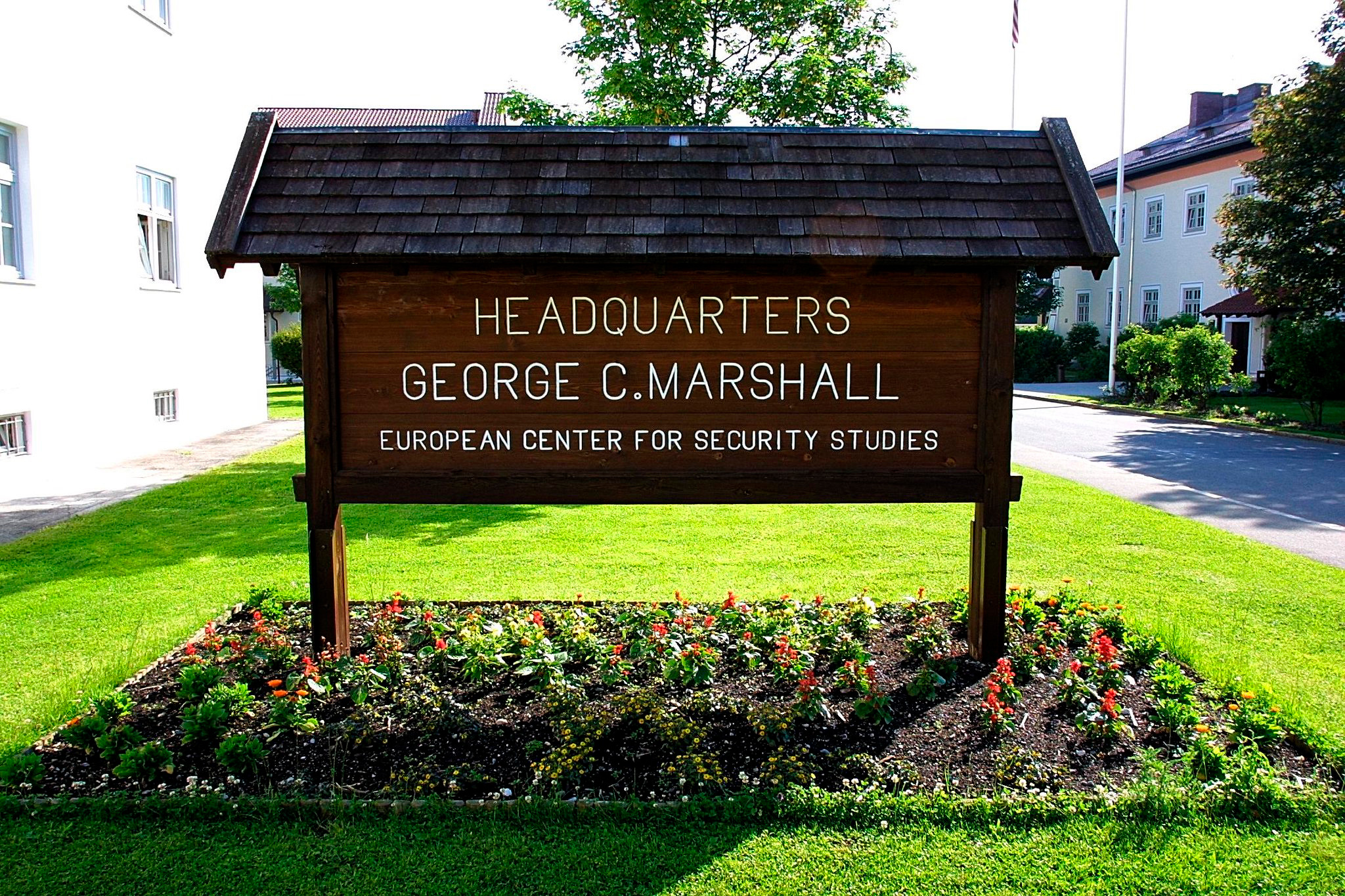 College of International and Security Studies

The Marshall Center also partners with the Bundeswehr University in Munich for a 12-month Master in International Security Studies postgraduate degree. It is an international, policy-oriented program, designed especially for the requirements of military, diplomatic and other governmental institutions. The MISS aims at preparing future leaders for executive assignments in national and international military, diplomatic, governmental and private services, providing them with an extensive, practice-oriented knowledge of security studies, international law, strategic studies, terrorism, stability operations and civil security.

In addition to its resident programs, the College also hosts the Eurasian Foreign Area Officer Program, and the U.S. Senior and International Fellows Programs.

Included in this are faculty professional development courses in language testing and classroom instruction and assessment.

The Plenary Auditorium in Building 105 is a state-of-the-art plenary auditorium that has seating for 234 people.

It is primarily used for lectures for participants attending Marshall Center resident and outreach events. 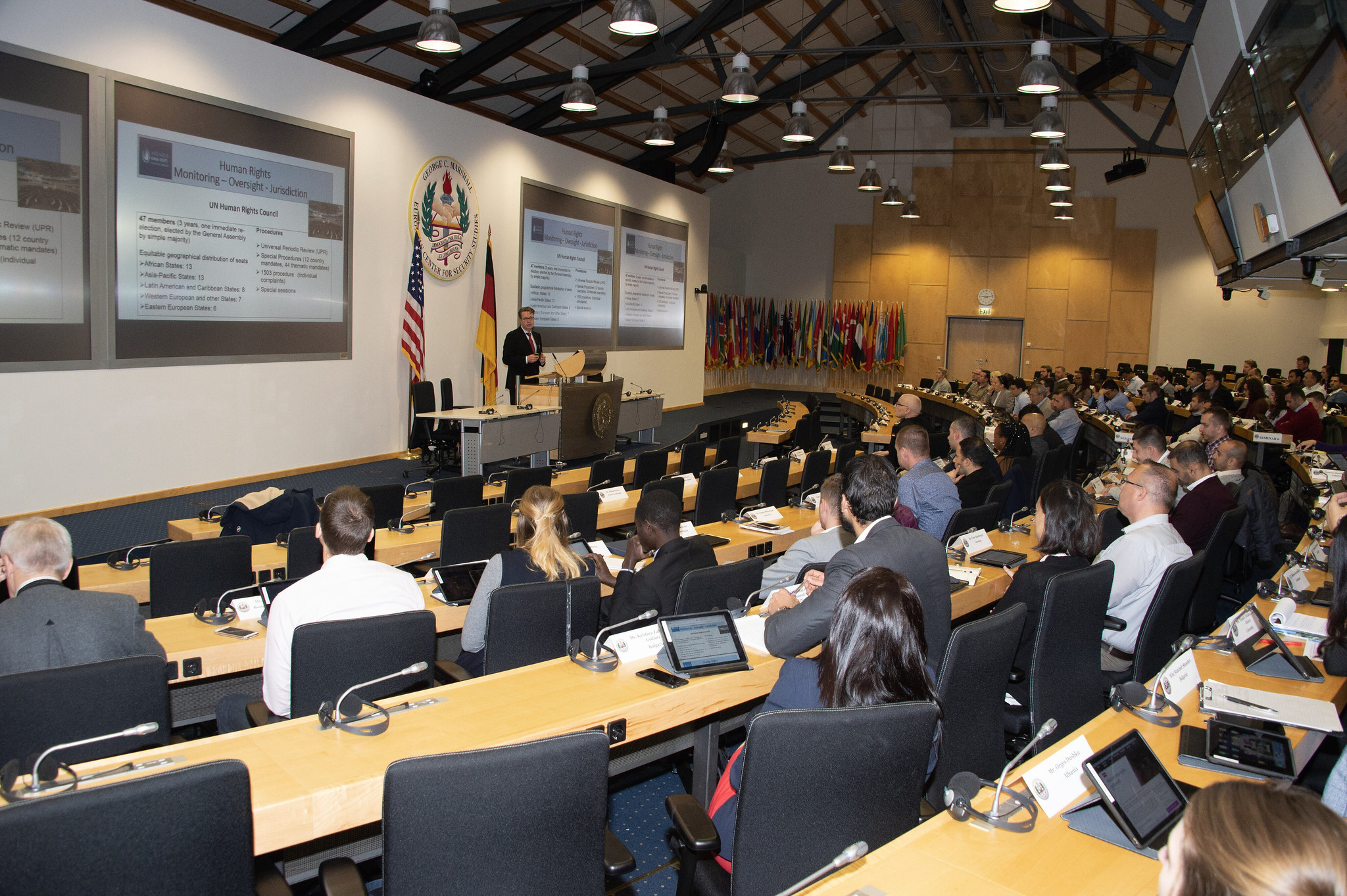 Konrad Adenauer, grandson and namesake of the late Chancellor, along with Dr. Robert Kennedy, the former director of the Marshall Center unveiled a portrait of Adenauer during the dedication ceremony.

The Konrad Adenauer Hall is on main floor of Building 105, which houses a state-of-the-art plenary that will seat 234 people. It is primarily used for lectures for participants attending Marshall Center resident and outreach events. 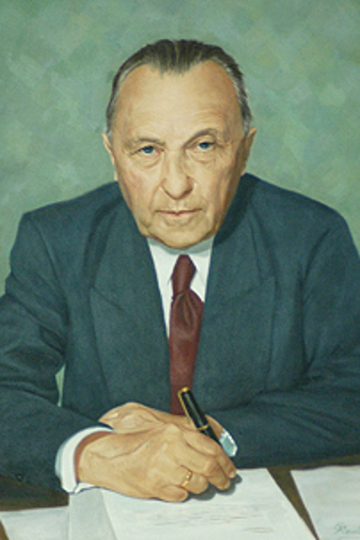 Wörner Hall, with its distinctive clock tower and German and American flags flying in the front, serves as a focal point of the Marshall Center.

This facility was named in honor of Manfred Wörner (1934-1994), the German Minister of Defense (1982-88) and NATO Secretary General (1988-1994). He was an early proponent of the Marshall Center, believing it should be a joint U.S.-German endeavor. Wörner Hall was dedicated in his memory in July 1997. 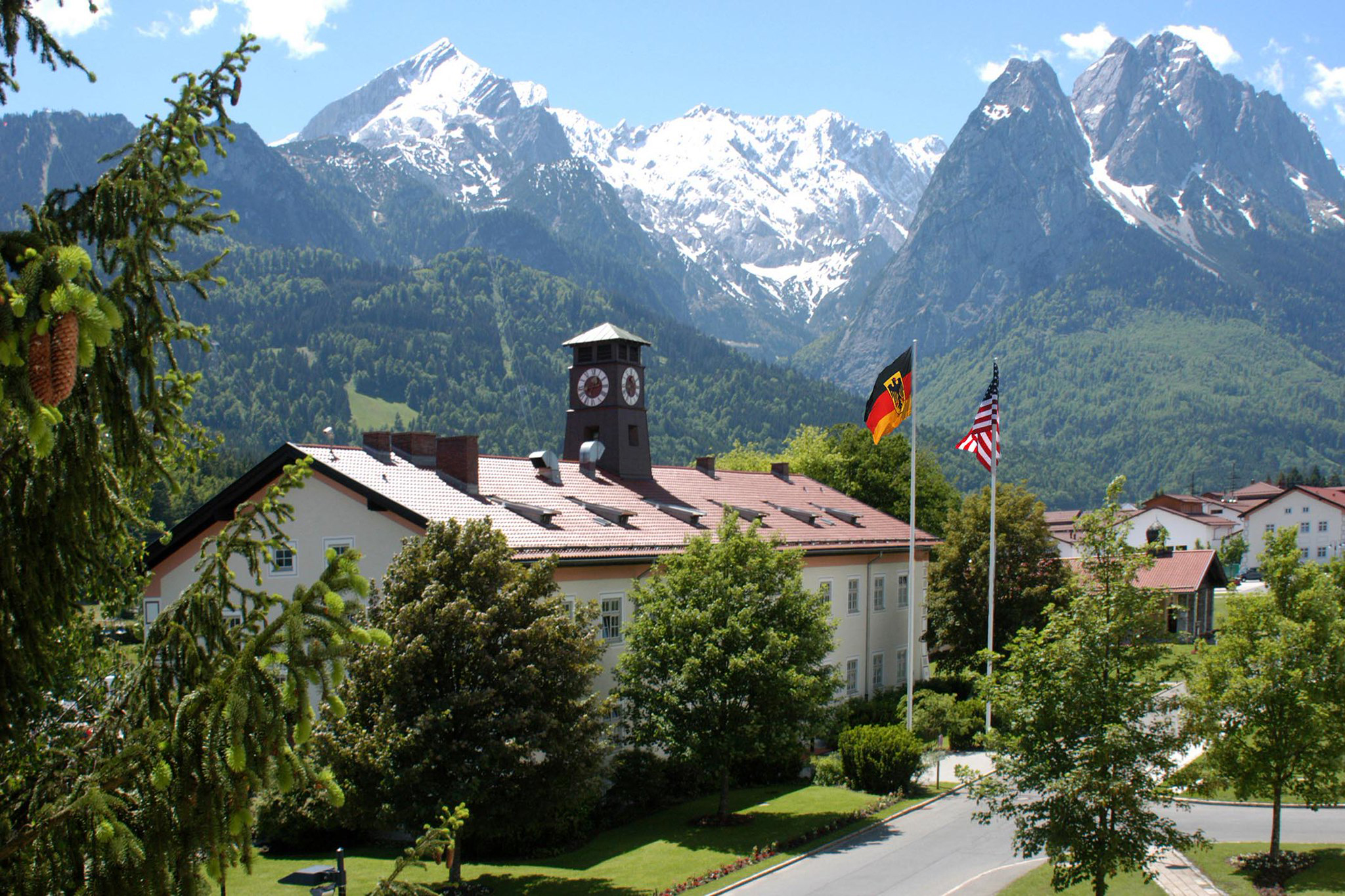 The Joseph J. Kruzel Memorial Auditorium is in Building 106 with a seating capacity of 100. It is also for plenary presentations for Marshall Center resident and outreach events. It is conducive to classroom discussions and debates.

During summer 1995, reports of ethnic cleansing and mass killings in the former Yugoslavia gripped the world’s conscience.

As the crisis deepened, DoD officials said, Kruzel’s expertise and diplomacy led to his becoming DoD’s chief negotiator on the U.S. team working to end the conflict. As DoD’s special envoy to Bosnia, Kruzel worked to end the war.

Kruzel did not live to see his battle won. In August 1995, he and two other U.S. negotiators were killed outside Sarajevo. A rain-soaked dirt road collapsed beneath the armored personnel carrier in which they were trying to reach Sarajevo, sending the vehicle rolling down a 500-meter slope. 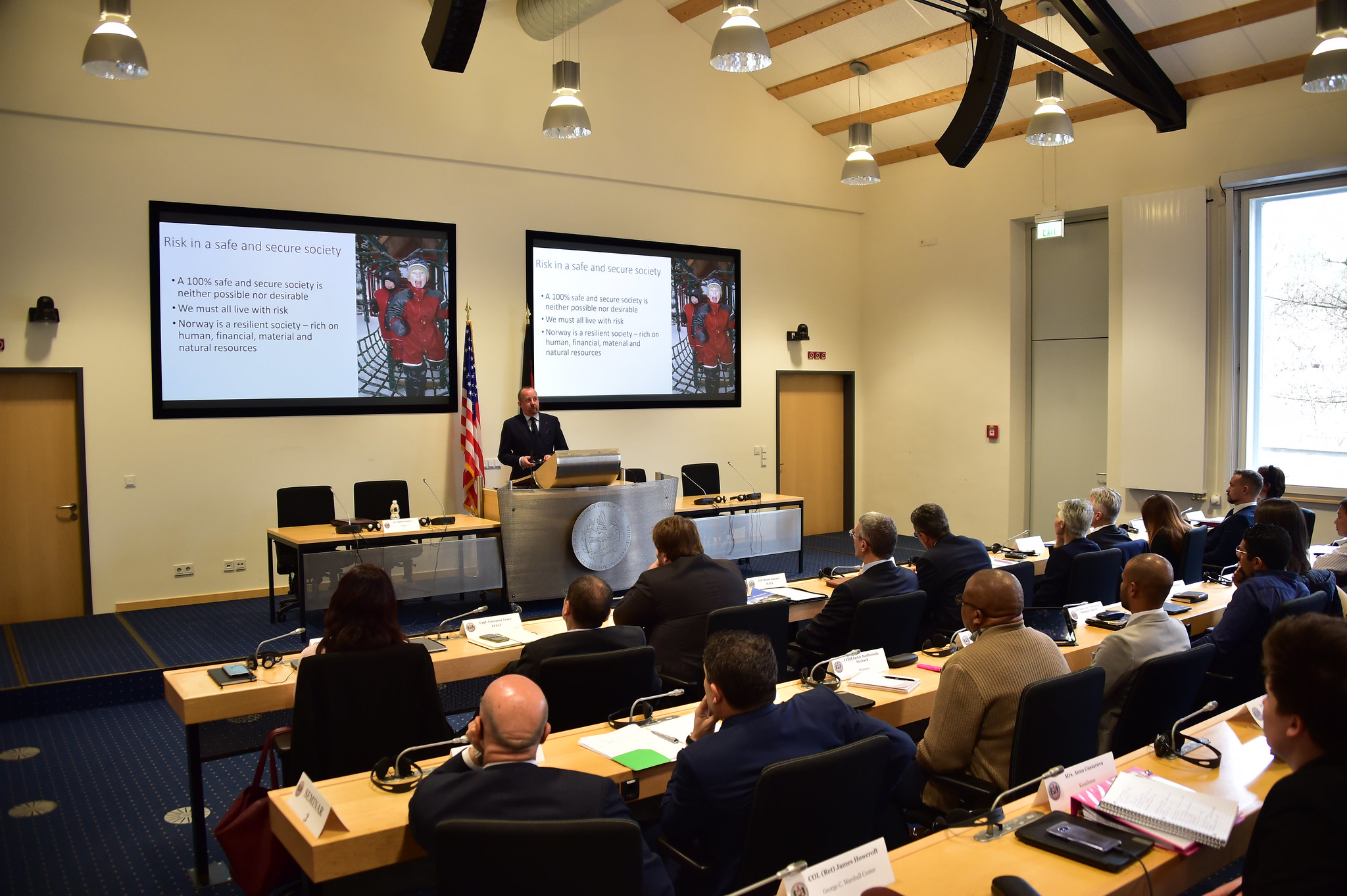 Retired U.S. Marine Corps Col. Nichols “Nick” Pratt conceived, created, and implemented the Marshall Center's Program on Terrorism and Security Studies. He was the PTSS program director from the very beginning in 2004 and until his death in December 2013.

The “house” he built was officially dedicated in his honor during a ceremony held Nov. 17 at the George C. Marshall European Center for Security Studies.

“As many of you know, after 9/11 (Sept.11, 2001 attacks on the United States) Nick Pratt conceived of, created and implemented the Marshall Center's Program on Terrorism and Security Studies,” said retired U.S. Army Lt. Gen. Keith Dayton, director of the Marshall Center, speaking to a packed house of about 200 people, half of whom studied under Pratt. “What Nick Pratt created and ran is the ‘gold standard’ in the field of counterterrorism education, and he did it in this building that we are dedicating to him today.”

His wife of 34 years, Marianna Pratt, and one of his four daughters, Sarah Pratt Fink and her husband and son, attended the dedication.

“Nick was 100 percent devoted to PTSS and educating his students, and he spent hours with the syllabus making sure it was going to be the best for each class, and handpicked all the adjunct faculty to make sure they were going to be the best seminar leaders and lecturers – He lived and breathed the PTSS. It was his life,” said Mrs. Pratt, during her remarks.

Dayton also said in his remarks that PTSS became Pratt’s life work, and this resident program gained the respect of counterterrorism officials around the world.

“The PTSS program quickly became widely known and had strong backing in OSD (Office of Secretary of Defense),” said Ben Reed, the then U.S. deputy director for the Marshall Center, who organized the dedication ceremony. “His work with course development and participants were certainly beneficial to the reputation of the Marshall Center.”

The ceremony ended with the unveiling of the dedication citation and Pratt’s photo when he was a professor here in the hall of building 106. 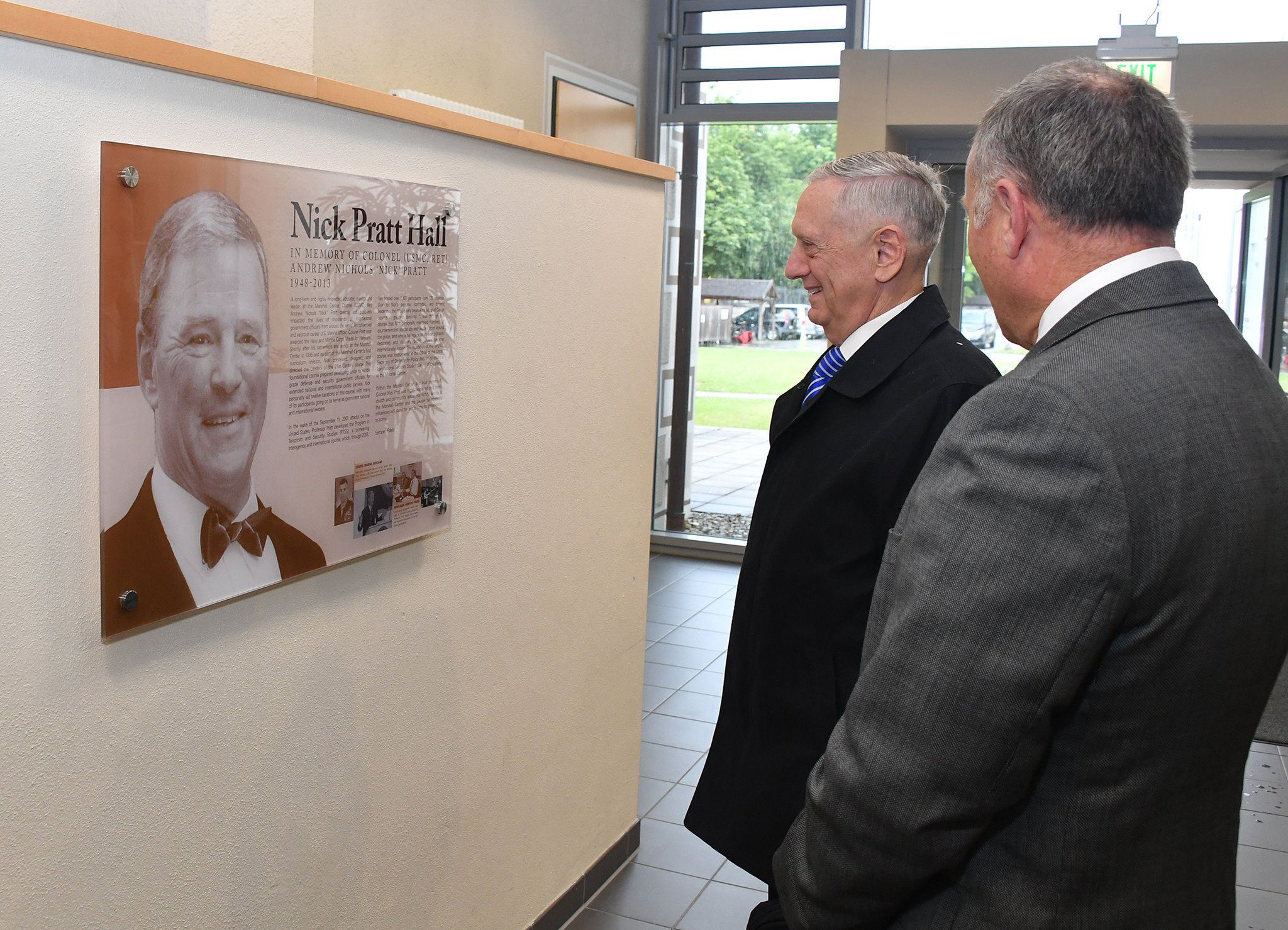 Life as a Participant 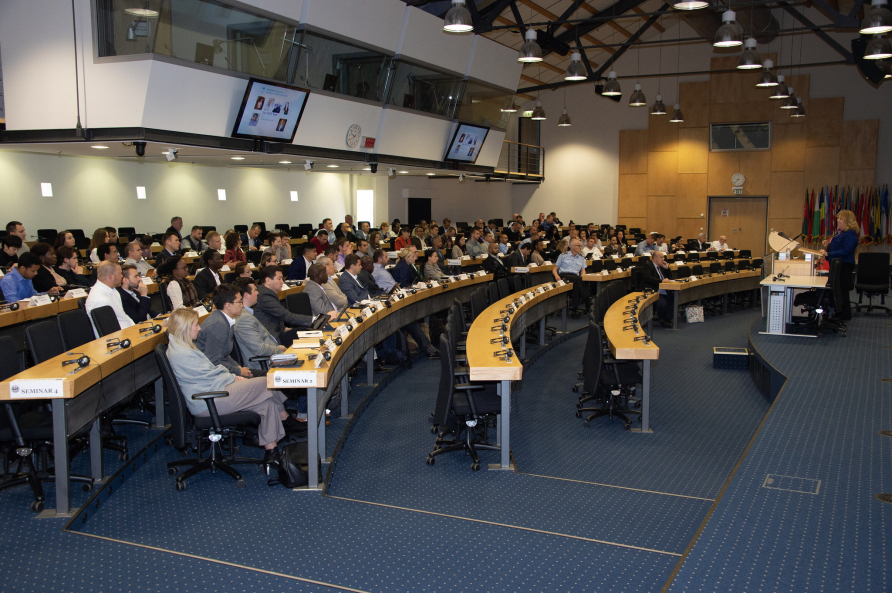 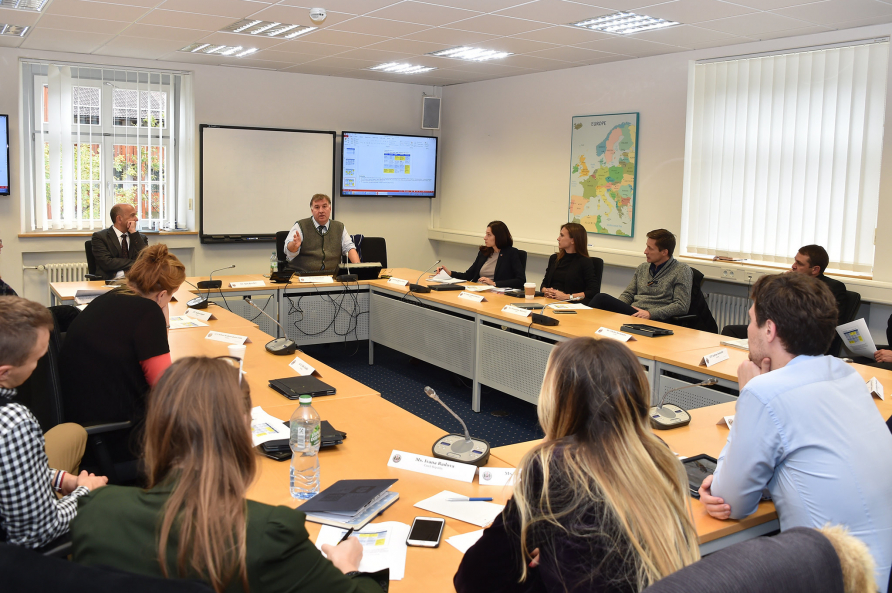 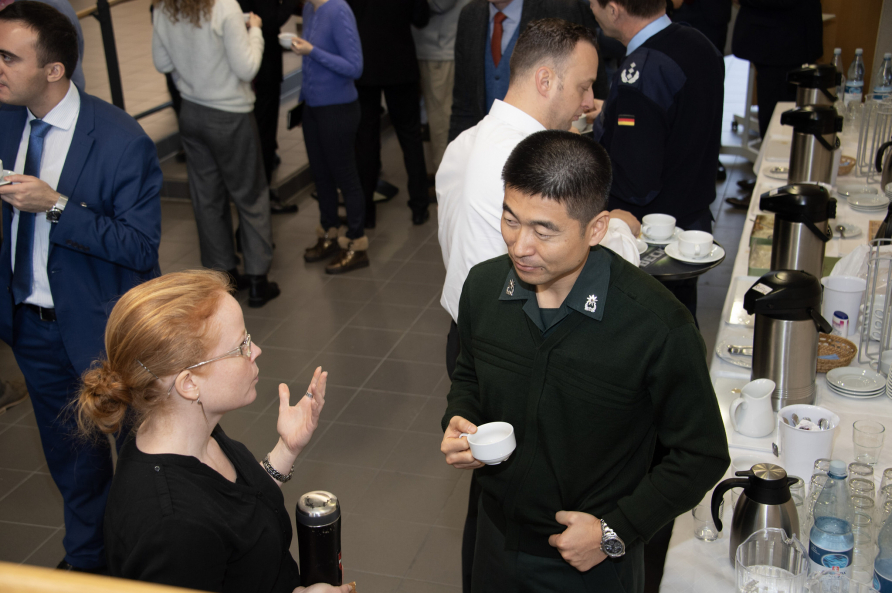 There are several opportunities for participants around the world to get to know each other, which enhances the Marshall Center alumni network. 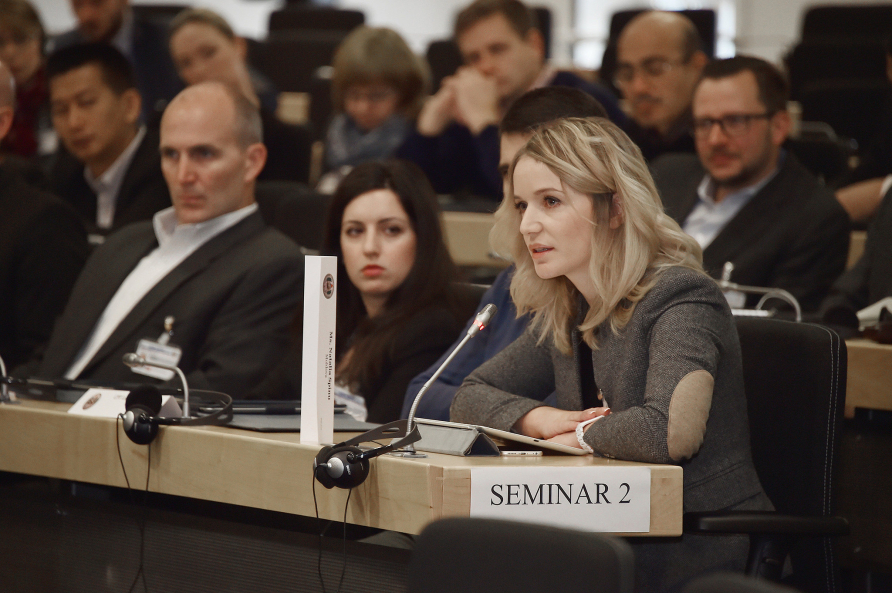 Participants are encouraged to engage with guest and faculty speakers during plenary sessions. A question-and-answer session is included in most presentations.
Image 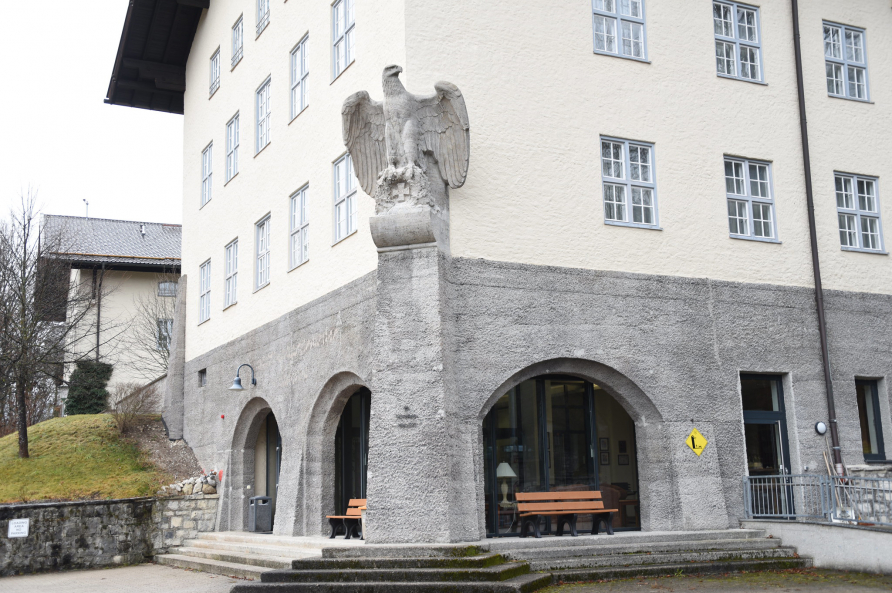 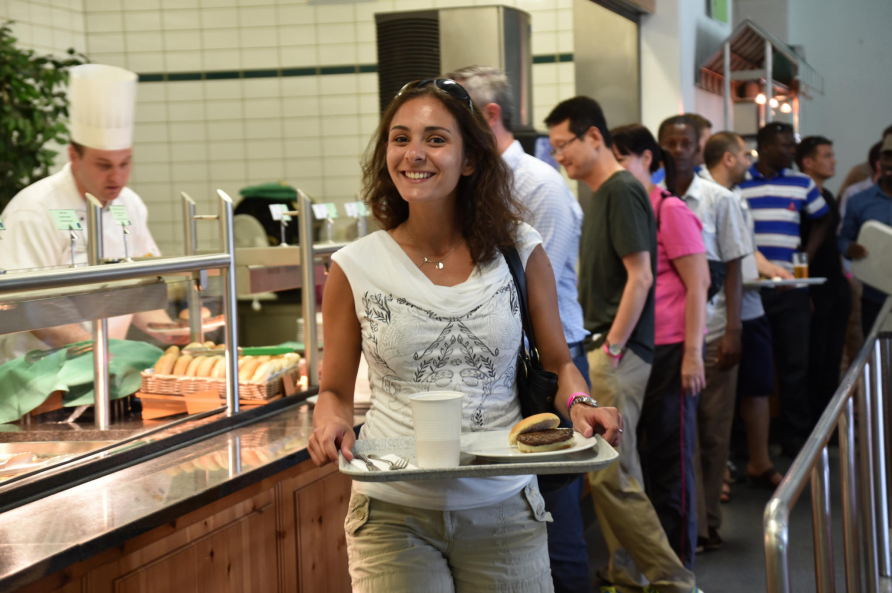 Participants dine at the Marshall Center's Dining Facility on Artillery Kaserne. Meals are served seven days a week and are buffet style.
Image 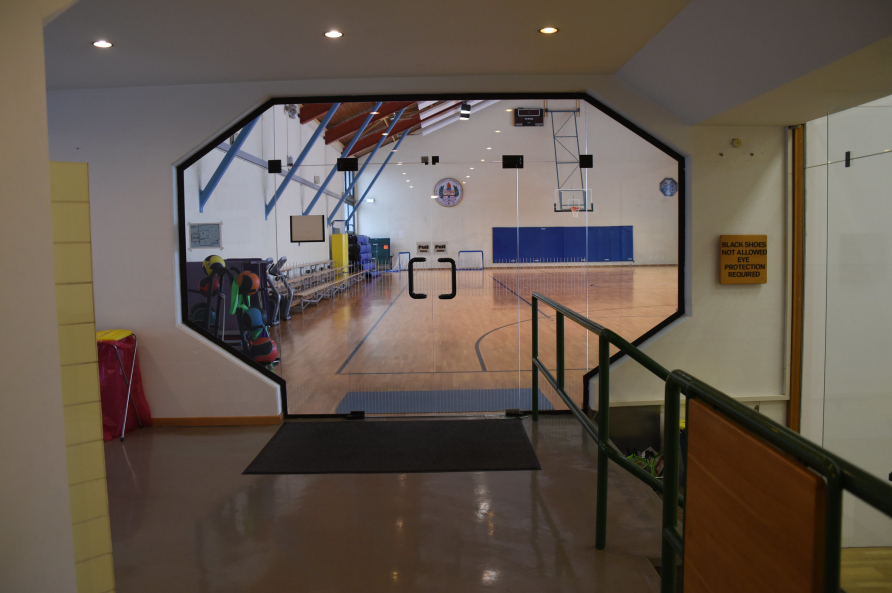 The Mueller Fitness Center, located on Sheridan Kaserne, is a fully-equipped facility that offers resistance training and cardiovascular equipment, a full-sized court for basketball or volleyball, two racquetball courts, men's and women's locker rooms with saunas, a large exercise room used for classes, and a massage area.
Image 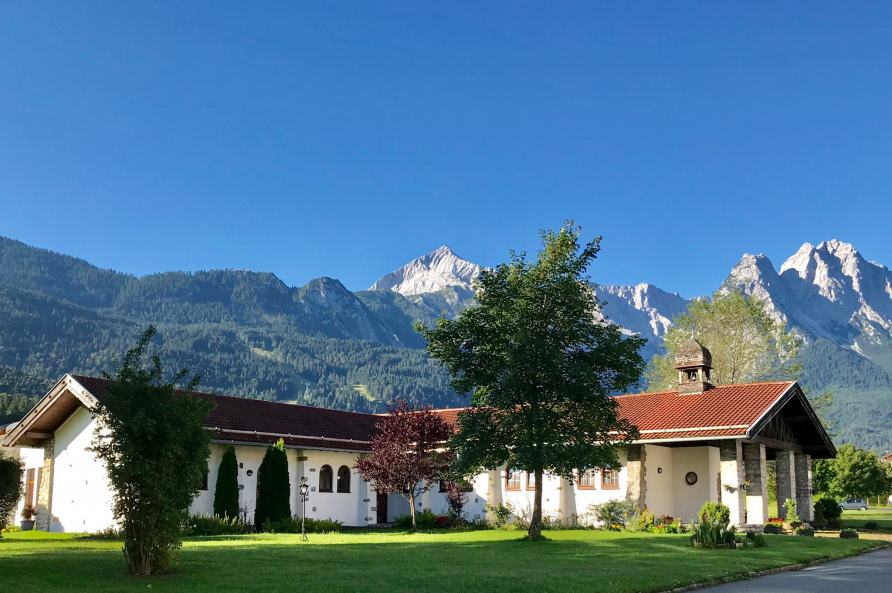 The Garmisch Community Chapel offers Catholic and Protestant services. Contact the Chaplain for information regarding additional services. Dial 440-2819 if calling from base, dial 08821-750-2819 when calling from off base. Visit their Facebook page for schedule of religious services: https://www.facebook.com/USAG-Garmisch-Community-Chapel
Image 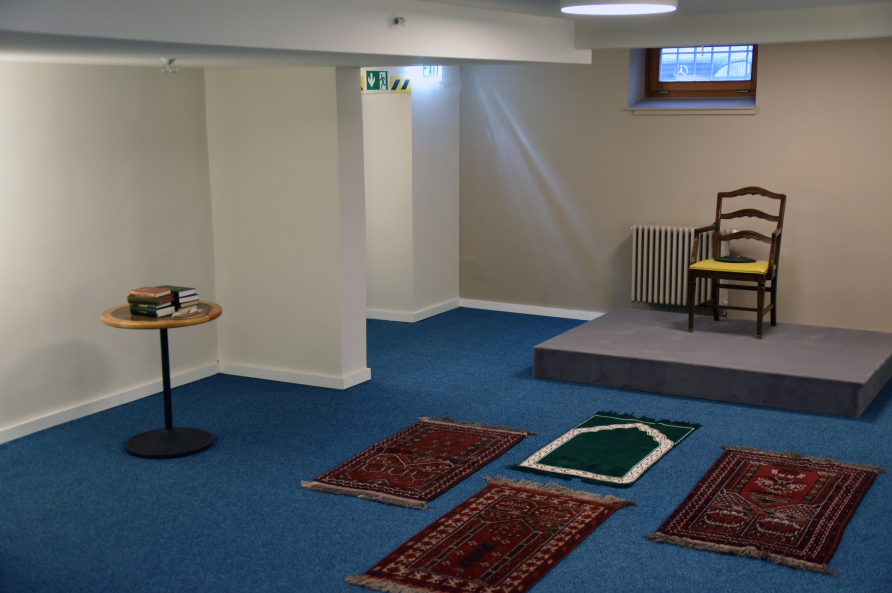 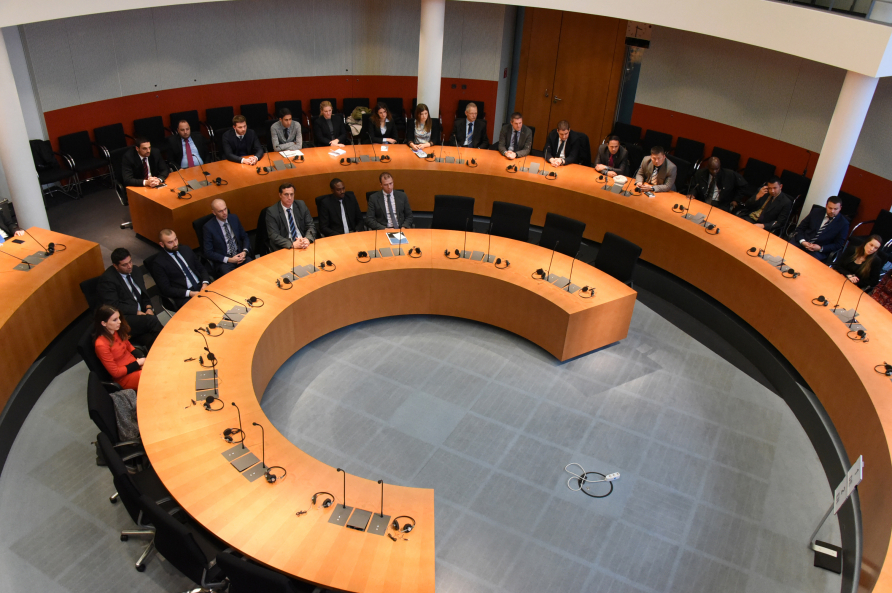 Many participants will be able to participate in field study trips a part of their course studies. This is a FST to the Federal Ministry of Interior.

The Marshall Center Research Library advances and supports the learning, teaching, and research goals of our participants, faculty, and alumni.

The library houses more than 65,000 volumes of books and multimedia in English, German and Russian and subscribes to more than 150 journals.

We also offer access to a much larger collection by way of e-books, e-journals, online databases and other electronic resources that can be accessed from anywhere on-campus, or via the GlobalNET portal when off-campus.

Our staff provides valuable services such as Research Guides and research skills instruction in classes and workshops, as well as individualized help.

Meals are served seven days a week at the Marshall Center Dining Facility on Artillery Kaserne. Meals are served buffet style and tables are set to accommodate small and large groups. To accommodate international participants, the chef prepares healthy meals from around the world, including Mediterranean, American, Pacific, Eastern and Western European, Central Asian and North African cuisine. Meal options also accommodate religious and dietary restrictions and include vegetarian options. Unfortunately, halal meals are not available. 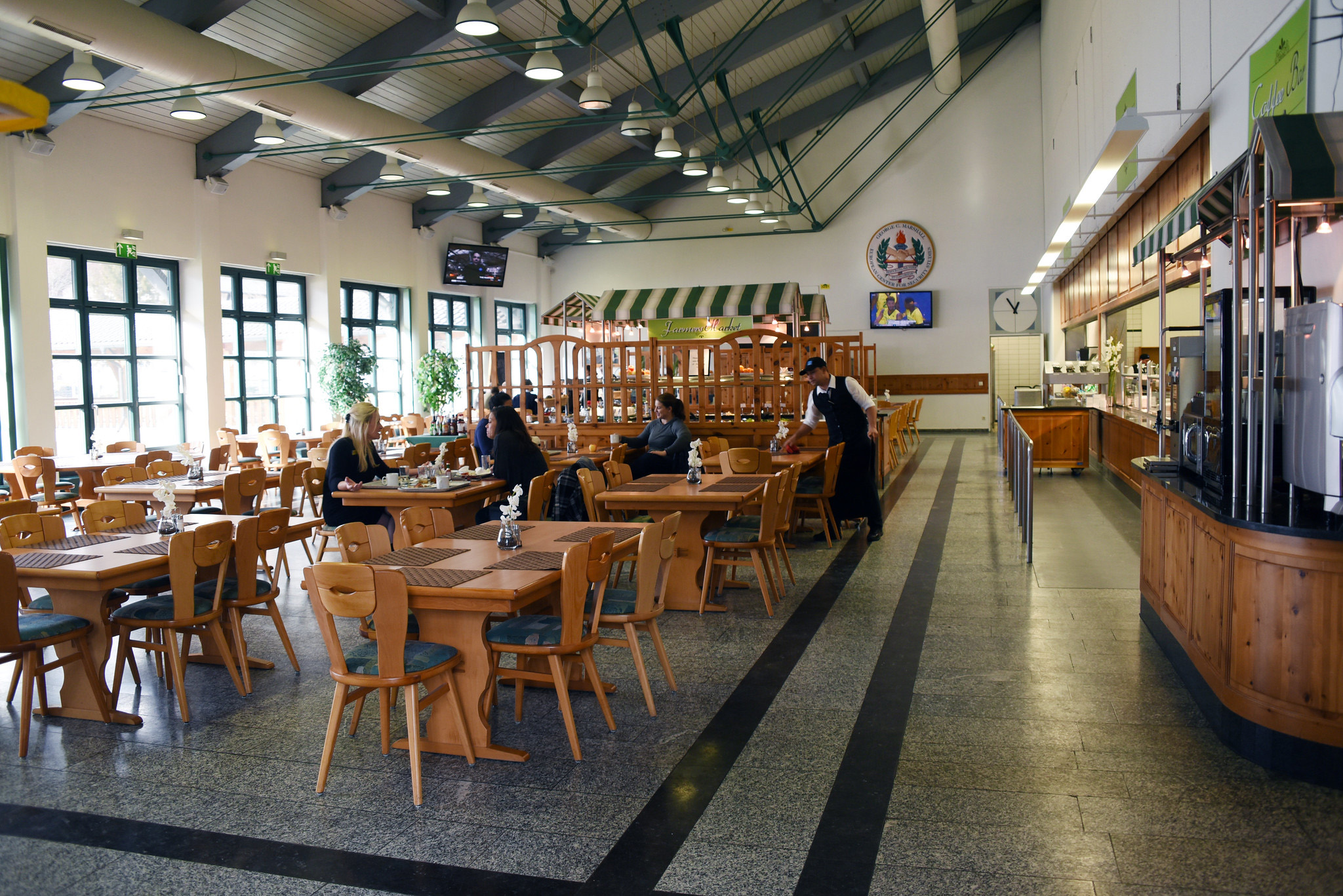 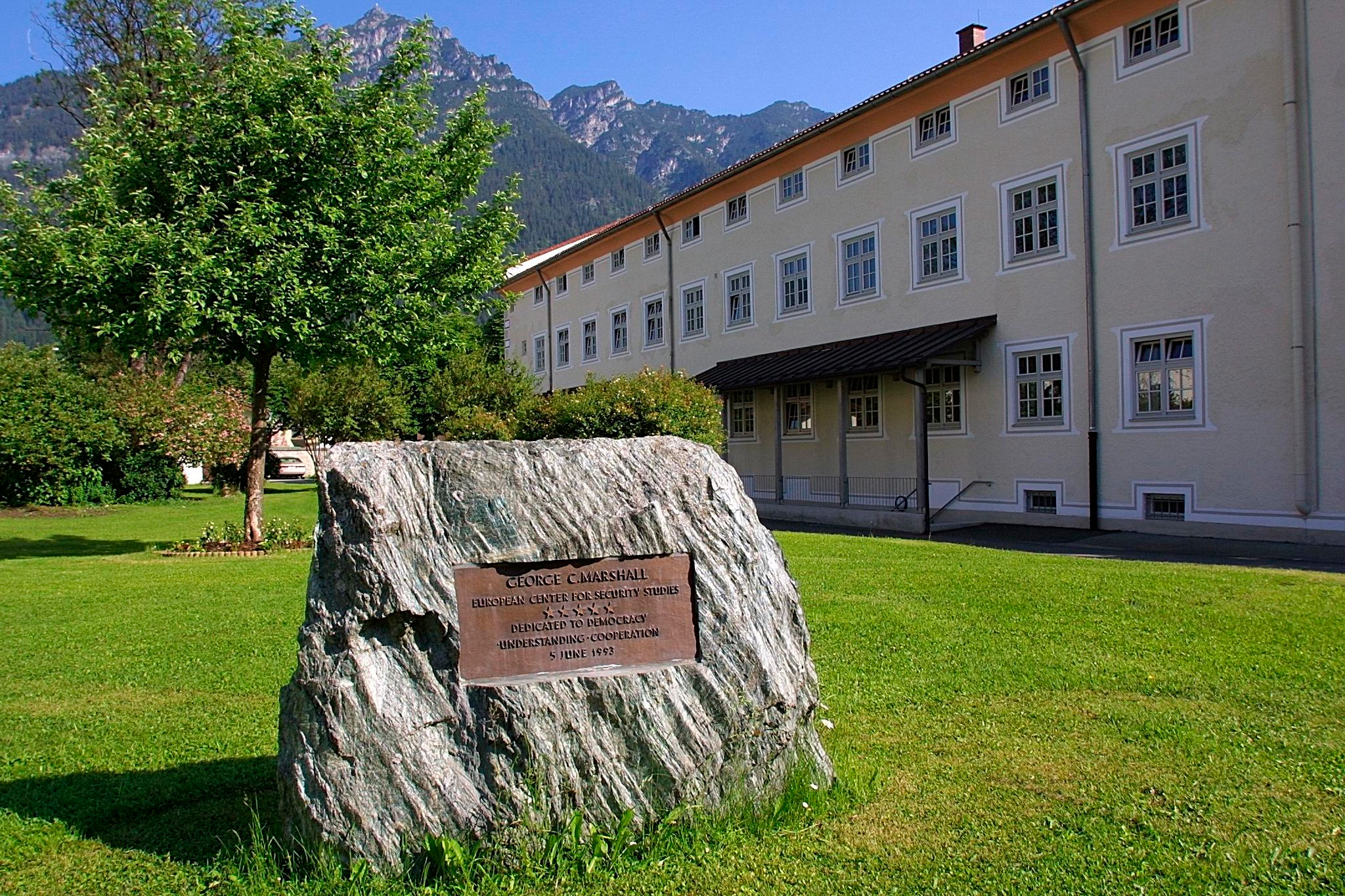 The statue of our namesake, George C. Marshall, is slightly larger-than-life.

This figure is the first known public statue of Marshall erected in Europe, according to historical documents found at the Marshall Center’s Research Library.

The Friends of the Marshall Center were formed in 1996 and is an organization comprised of citizens from Garmisch-Partenkirchen, who sponsor activities for participants attending Marshall Center resident courses. These activities help participants, who are from around the world, experience the Bavarian culture while they are here. 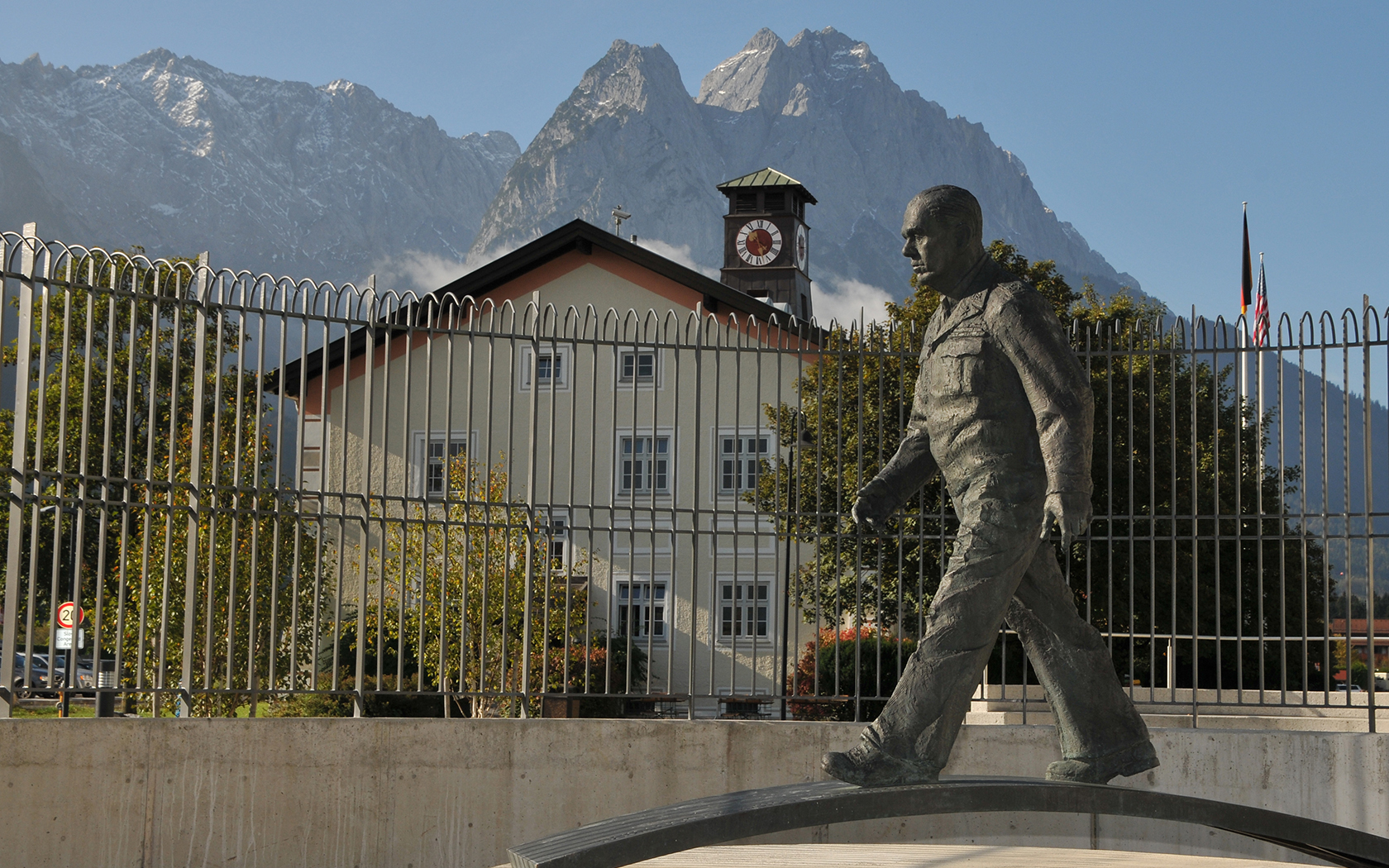 Located with the Marshall Center on Sheridan Barracks is the Edelweiss Lodge and Resort.

Pullman Café features locally brewed coffee, fresh made hot sandwiches, salads, fresh-baked pastries and more. Enjoy one of the most beautiful views from our terrace. 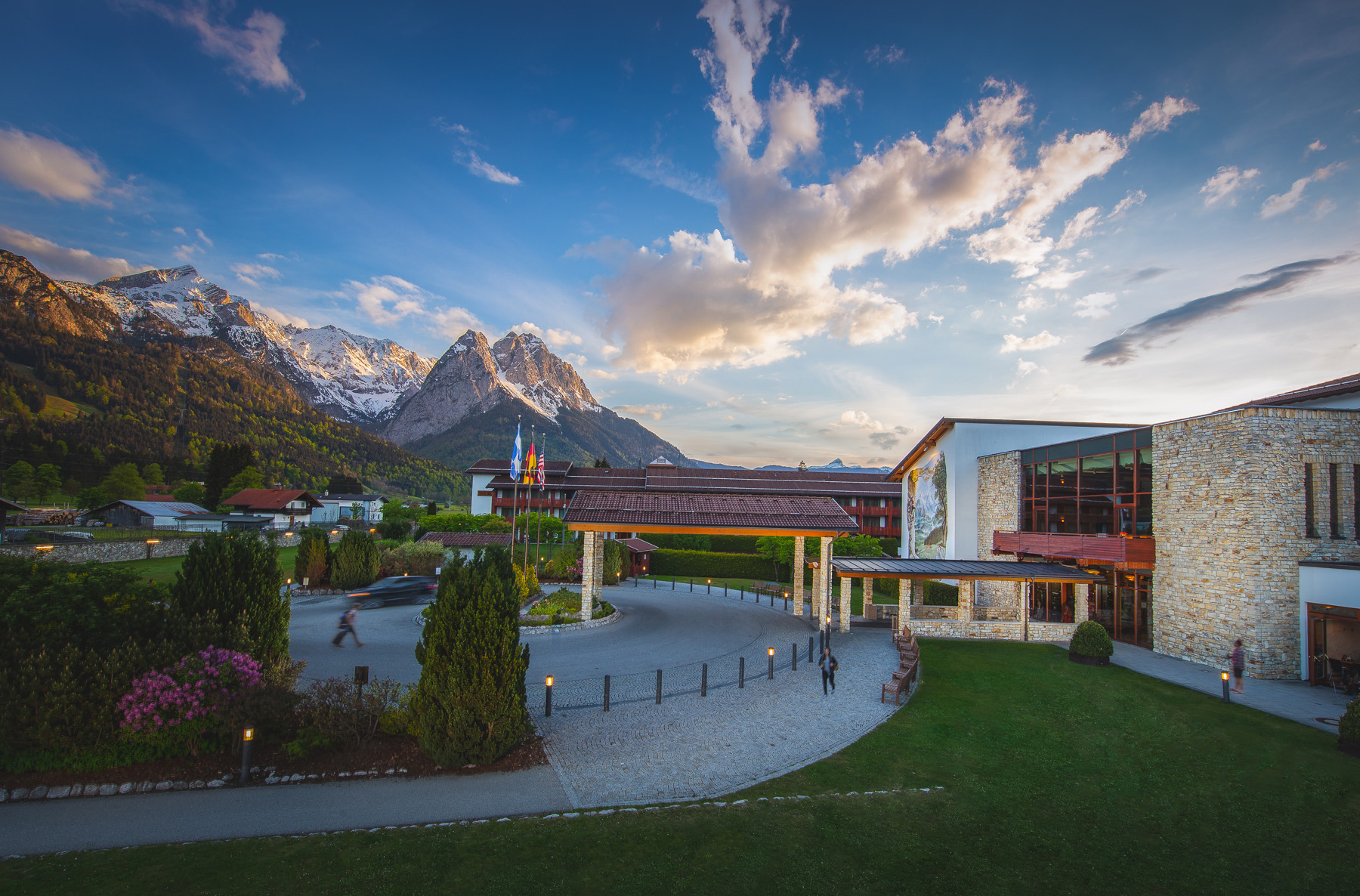